Slovenia in the European Union 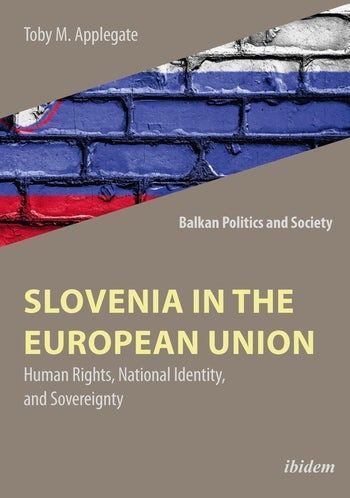 Slovenia in the European Union

Slovenia’s transition from a constituent federal republic within Yugoslavia to an independent nation-state has not been the trouble-free process long represented in the academy and in the press. On the contrary, its status as both a test case and best case for postsocialist transition and European Union accession served to smooth over troubling outcomes of its independence.

Toby M. Applegate argues that the very process of accession to the EU coupled with early mistakes by Slovenia’s political leadership created human rights problems of two different kinds: an almost expected exclusion of people and an unusual way of establishing sovereignty as a nation-state. Critical questions arise: What does it mean to be a small sovereign state that wants to stand on its own but, in order to do so, must lose a portion of that newly-earned sovereignty? And does losing that portion of sovereignty protect human rights in light of the European Union’s own purported goals as protector of such rights? These questions are particularly salient in light of contemporary independence movements elsewhere in the European Union.

This book has a large cross-disciplinary appeal and should be read by political philosophers, political scientists, sociologists, geographers, and policy experts.