A Study of Agrarian Relations 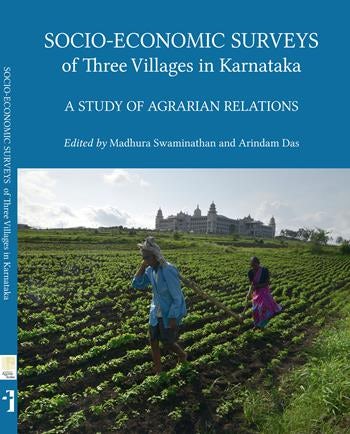 A Study of Agrarian Relations

In 2005, the Foundation for Agrarian Studies (FAS) initiated the Project on Agrarian Relations in India (PARI), with the aim of studying village-level production, production systems and livelihoods, and the socio-economic characteristics of different strata of the rural population by means of detailed village surveys. The present volume is the third in a series of field reports on surveys conducted by FAS in three villages in Karnataka: Alabujanahalli in Mandya district, Siresandra in Kolar district, and Zhapur in Gulbarga district. A census survey was conducted in the three selected villages. A unique feature of these surveys is the estimation of household incomes based on detailed information on income from crop production, animal resources, agricultural and non-agricultural wage labor, salaries, business and trade, rent, interest earnings, pensions, remittances, scholarships and other sources.

Foundation for Agrarian Studies is a charitable trust based in India and established in 2003. Its major objectives are to facilitate and sponsor multi-disciplinary theoretical and empirical enquiry in the field of agrarian studies in India and elsewhere in less-developed countries. It does so in association with a wide section of people interested in the agrarian question, including persons associated with academic institutions, social and political activists, members of mass organisations working in the countryside, and other professionals and scholars.

Arindam Das is a Senior Program Manager at the Foundation for Agrarian Studies, and Coordinator of the Project on Agrarian Relations in India, a project to study villages over a wide range of agro-ecological regions of India.