The Formation and Transformation of the Chinese Buddhist Canon 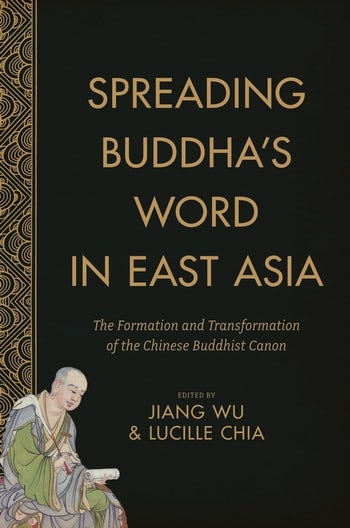 The Formation and Transformation of the Chinese Buddhist Canon

A monumental work in the history of religion, the history of the book, the study of politics, and bibliographical research, this volume follows the making of the Chinese Buddhist canon from the fourth century to the digital era. Approaching the subject from a historical perspective, it ties the religious, social, and textual practices of canon formation to the development of East Asian Buddhist culture and enlivens Chinese Buddhist texts for readers interested in the evolution of Chinese writing and the Confucian and Daoist traditions.

The collection undertakes extensive readings of major scriptural catalogs from the early manuscript era as well as major printed editions, including the Kaibao Canon, Qisha Canon, Goryeo Canon, and Taisho Canon. Contributors add fascinating depth to such understudied issues as the historical process of compilation, textual manipulation, physical production and management, sponsorship, the dissemination of various editions, cultic activities surrounding the canon, and the canon's reception in different East Asian societies. The Chinese Buddhist canon is one of the most enduring textual traditions in East Asian religion and culture, and through this exhaustive, multifaceted effort, an essential body of work becomes part of a new, versatile narrative of East Asian Buddhism that has far-reaching implications for world history.

Bringing together leading specialists in the Chinese Buddhist canon, Spreading Buddha's Word in East Asia makes a major contribution to our understanding of both the textual and the social history of one of the most impressive textual projects in the history of the world. John Kieschnick, Stanford University

The Sinitic Buddhist canons rank among the largest bodies of sacred literature ever produced by any religious tradition. The compilation, editing, and publication of these massive collections required a commitment of money and manpower that was the medieval equivalent of the moon landings of the 1960s. This groundbreaking volume gives these canons the sustained attention they have long deserved from the scholarly community and will help to demonstrate that they are among the preeminent cultural achievements of the wider Sinitic world. Robert E. Buswell Jr., University of California, Los Angeles

One measure of the maturity of a discipline is its critical awareness of its sources. This collection of nine expert and groundbreaking essays on the Chinese Buddhist canon, augmented by a magisterial preface by a doyen of the field and two eminently useful bibliographical appendices, marks a genuine advance in the study of Chinese Buddhism. Now, with the appearance of this quite essential book, students of Buddhism in China have a reliable map and a guide to what is arguably the largest single collection of authoritative texts of any of the world's great religions. All who study Chinese Buddhism must keep this book handy as they pursue their research into scholarly territory now more clearly mapped. Robert M. Gimello, University of Notre Dame

Intellectually sound, informative and well written... [Spreading Buddha's Word in East Asia] introduce[s] readers to the political, economic, social, and religious complexities involved in the creation and dissemination of one of the world's largest repositories of sacred literature.... Highly recommended. Choice

A much-needed English-language survey of the dynamic socio-historical forces at play in the creation of the many different editions of the Chinese Buddhist canon. . . . I commend the authors and editors of Spreading Buddha’s Word in East Asia for this excellent work which opens the study and teaching of Buddhist literature in English to many greater possibilities. Journal of Chinese History

The editors should be commended for bringing together these essays and shedding light on this important and neglected topic of Buddhist study. Journal of the American Academy of Religion

This volume on the Chinese Buddhist canon is, simply put, essential reading for anyone concerned with the study of East Asian Buddhism. China Review International

The well-rounded and well-edited collection of essays provides an excellent overview of the historical development of the Buddhist canon in East Asia without sacrificing depth; it will be welcomed by all students and scholars interested in the textual heritage of Buddhism. Journal of Chinese Religions

Jiang Wu is professor of Chinese religion and thought in the Department of East Asian Studies at the University of Arizona. His research interests include Chinese Buddhism, especially Chan/Zen Buddhism and the Chinese Buddhist canon; Sino-Japanese Buddhist exchanges; and the application of GIS tools in the study of Chinese culture and religion. He is the author of Enlightenment in Dispute: The Reinvention of Chan Buddhism in Seventeenth-Century China and Leaving for the Rising Sun: Chinese Zen Master Yinyuan and the Authenticity Crisis in Early Modern East Asia.

Lucille Chia is professor of history at the University of California at Riverside. Her research interests include Chinese book culture, most recently the history of Buddhist publishing in imperial China. She is the author of Printing for Profit: The Commercial Publishers of Jianyang, Fujian (11th–17th Centuries) (2003) and coeditor of Knowledge and Text Production in an Age of Print: China, 900–1400 (2011).