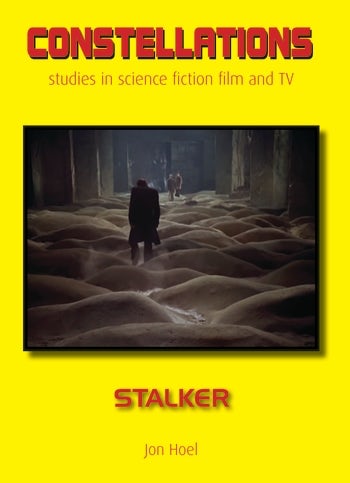 Few filmmakers could even attempt the fearlessness of Andrei Tarkovsky’s cinema and his most ambitious work, Stalker (1977), is arguably the most thoughtful science-fiction film ever made. Stalker parallels its speculative elements with a harrowing narrative of human fragility and philosophy. It is as much a movie about the complexity of its characters as it is the mysteriousness of its labyrinthine landscape, the ambiguous Zone and its heart, the Room of Desire. It is at once a darkly nihilistic film, ominous and threatening, and yet also profoundly hopeful and at its core a story of true faith. This book attempts to unravel the film’s complexities, from its difficult production and through its many cinematic elements: its composition and cinematography, the many philosophies it engages with, its poetic and literary influences, along with the cultural and historical landscapes that cultivated it, and the enormity of its influence across the following generations. Stalker challenges us to engage with film in a different way: a poetic cinema that asks much more of you as a viewer than most. Most of all, to explore why this film—even forty years since its original release—still affects us as an audience as profoundly as ever.

Jon Hoel is a New England essayist and poet. He has an MFA in writing from Sarah Lawrence College and has published writing with many journals including Black Lawrence Press, Cathexis Northwest Press, love&squalor, fisheatsharks, ered condition, and Thesis XII. He teaches English and lives in New York City.