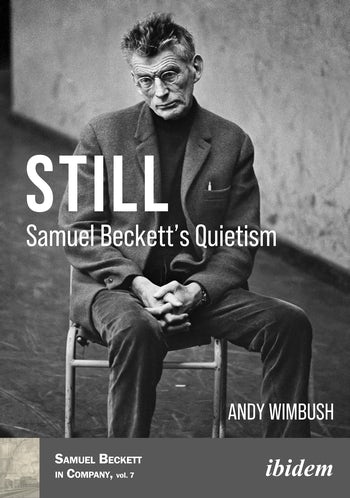 In the 1930s, a young Samuel Beckett confessed to a friend that he had been living his life according to an ‘abject self-referring quietism’. Andy Wimbush argues that ‘quietism’—a philosophical and religious attitude of renunciation and will-lessness—is a key to understanding Beckett’s artistic vision and the development of his career as a fiction writer from his early novels Dream of Fair to Middling Women and Murphy to late short prose texts such as Stirrings Still and Company. Using Beckett’s published and archival material, Still: Samuel Beckett’s Quietism shows how Beckett distilled an understanding of quietism from the work of Arthur Schopenhauer, E.M. Cioran, Thomas à Kempis, Fyodor Dostoevsky, and André Gide, before turning it into an aesthetic that would liberate him from the powerful literary traditions of nineteenth-century realism and early twentieth-century high modernism. Quietism, argues Andy Wimbush, was for Beckett a lifelong preoccupation that shaped his perspectives on art, relationships, ethics, and even notions of salvation. But most of all it showed Beckett a way to renounce authorial power and write from a position of impotence, ignorance, and incoherence so as to produce a new kind of fiction that had, in Molloy’s words, the ‘tranquility of decomposition’.

Andy Wimbush presents a refreshingly clear and evidentially powerful analysis of Samuel Beckett’s interest in, temperamental affinity with, and artistic transformation of, quietist doctrine. That ‘happy melancholy’ has been neglected for too long in Beckett’s work. For Wimbush, the ‘serenity and despair’ Beckett’s found in quietism provides for compelling, chapter-length readings of Murphy, Molloy, How It Is and the late prose. Also impressive is the wide-ranging identification of Beckett’s influences, from novelists like Gide and Dostoevsky to metaphysicians like Schopenhauer and, most strikingly, Haeckel. This is splendid work and, although surely deserving of a wider readership, is an absolute must for all Beckettians. Dr Matthew Feldmann

Andy Wimbush teaches twentieth-century and contemporary literature at the Institute of Continuing Education, University of Cambridge. He is the author of several articles on Samuel Beckett’s work and its relationship to religion, philosophy, ecology, modernism, and aesthetics in The Journal of Beckett Studies, Literature and Theology, and various academic books.