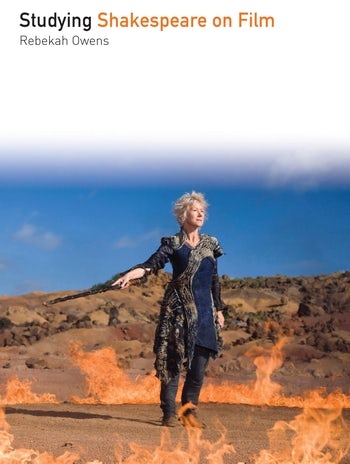 Aimed at newcomers to literature and film, this book is a guide for the analysis of Shakespeare on film. Starting with an introduction to the main challenge faced by any director—the early-modern language—there follows exemplars for examining how that challenge is met using as case studies twelve films most often used in classroom teaching, including Romeo and Juliet, Macbeth, and The Tempest.

The first chapter explores how a director can tell the story in a setting that embraces the expectations of realism in cinema, but still pays homage to the theatrical origins of the work. The second chapter discusses films in which the setting provides a visual analogy with the preoccupations of the story, but not at the expense of Shakespeare's language. The third chapter extends this to show how some films use recent history as a setting, adding a further layer of meaning to the story from the cultural resonances associated with that historical past. These films also rely on an assumption that Shakespeare is so well-known as to form a distinctive, easily recognized brand in the cinema marketplace. Thus, his work can be reimagined in completely different genres such as those films that are the subject of the final chapter.

Rebekah Owens is a graduate of the Shakespeare Institute at the University of Birmingham, UK, and currently a freelance researcher and writer. She is the author of Macbeth (2017) in Auteur's Devil's Advocates series.