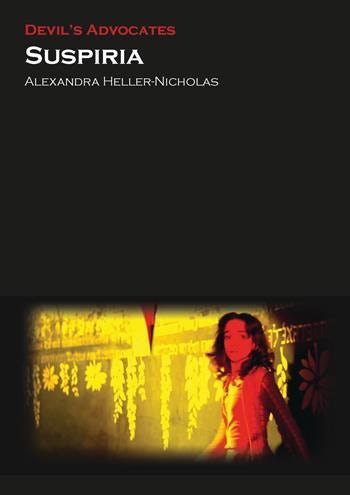 As one of the most globally recognisable instances of 20th century Eurohorror, Dario Argento's Suspiria (1976) is poetic, chaotic, and intriguing. The cult reputation of Argento's baroque nightmare is reflected in the critical praise it continues to receive almost 40 years after its original release, and it appears regularly on lists of the greatest horror films ever. For fans and critics alike, Suspiria is as mesmerising as it is impenetrable: the impact of Argento's notorious disinterest in matters of plot and characterisation combines with Suspiria's aggressive stylistic hyperactivity to render it a movie that needs to be experienced through the body as much as through emotion or the intellect. For its many fans, Suspiria is synonymous with European horror more broadly, and Argento himself is by far the most famous of all the Italian horror directors. If there was any doubt of his status as one of the great horror auteurs, Argento's international reputation was solidified well beyond the realms of cult fandom in the 1990s with retrospectives at both the American Museum of the Moving Image and the British Film Institute. This book considers the complex ways that Argento weaves together light, sound and cinema history to construct one of the most breathtaking horror movies of all time, a film as fascinating as it is ultimately unfathomable.

This is a really sharp book, and an excellent series.... Brief, compact, and authoritative, these are the volumes to beat on these classic genre films. Frame by Frame

Alexandra Heller-Nicholas is a visiting fellow at the Institute of Social Research at Swinburne University of Technology in Melbourne, Australia and the author of Rape-Revenge Films: A Critical Study (McFarland, 2011) and Found Footage Horror Films: Fear and the Appearance of Reality (McFarland, 2013).