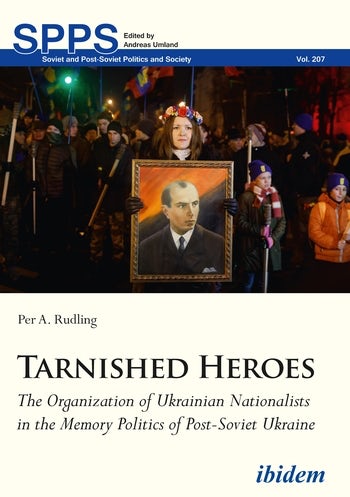 Following its declaration of independence in 1991, Ukraine has sought to produce a new national history. After the 2004 Orange Revolution, newly elected president Viktor Yushchenko embarked on an ambitious project to rehabilitate the most radical branch of the far-right interwar and wartime Organization of Ukrainian Nationalists (OUN) and its armed wing, the Ukrainian Insurgent Army (UPA). Their leaders were rehabilitated in an effort to affix them as central heroes in a thoroughly revised canon of Ukraine’s past. This rewriting of history has required a highly selective rendering of those organizations’ history, in particular with regard to their role in the Holocaust and murderous ethnic cleansing of Poles from Volhynia and Eastern Galicia in 1943–1944.

Juxtaposing the Ukrainian government’s official representation of the OUN’s leaders—such as Stepan Bandera, Roman Shukhevych, Mykola Lebed, and Iaroslav Stetsko—with the emerging international scholarly research that has come to light since the opening of the archives, Per A. Rudling illuminates the deliberate blind spots of Ukraine’s new national memory. His book contextualizes the sharply divergent remembrance of these groups in Ukraine and its neighboring countries—not the least, against the backdrop of the current impasse in Polish-Ukrainian relations.

Per A. Rudling is associate professor of history at Lund University, and, since 2015, visiting senior fellow at the National University of Singapore. His articles have appeared in, among other outlets, Canadian Slavonic Papers, Carl Beck Papers, East European Jewish Affairs, Holocaust and Genocide Studies, Journal of Slavic Military Studies, Journal of Soviet and Post-Soviet Politics and Society, and Nationalities Papers. In 2015, his book The Rise and Fall of Belarusian Nationalism, 1906-1931 (2014) won the Kulczycki Prize of the Association for Slavic, East European, and Eurasian Studies.