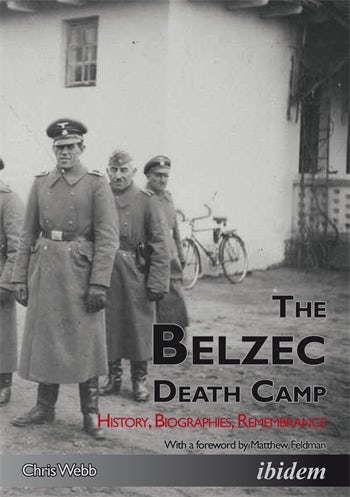 This book is a comprehensive account of the Belzec death camp in Poland, which was the first death camp to use static gas chambers as part of the Aktion Reinhardt mass murder program. It covers the construction and the development of the mechanisms of mass murder. The story is painstakingly told from all sides—the Jewish inmates, the perpetrators, and the Polish inhabitants of the village of Belzec, who lived near the factory of death. A major part of this work is the Jewish Roll of Remembrance, which covers the few survivors and the lives of some of the Jews among the many hundreds of thousands who perished in Belzec. The book is richly illustrated with historical and modern photographs, some of which are previously unpublished, as well as documents and drawings.

Chris Webb's private undertakings have a very publicly-spirited effect; reminding his readers that, at Belzec, the worst was perpetrated against defenseless Jewish victims, again and again. Matthew Feldman, University of Teesside

Chris Webb has been studying the Holocaust for over forty years. This is his second book on one of the Aktion Reinhardt death camps. He is a research associate for the Centre of Fascist, Anti-Fascist, and Post-Fascist Studies at Teesside University.