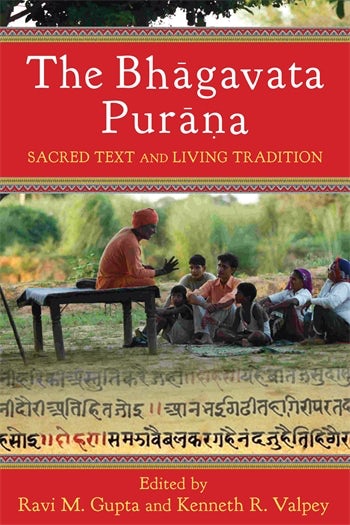 A vibrant example of living literature, the Bhagavata Purana is a versatile Hindu sacred text written in Sanskrit verse. Finding its present form by the tenth century C.E., the work inspired several major north Indian devotional (bhakti) traditions as well as schools of dance and drama, and continues to permeate popular Hindu art and ritual in both India and the diaspora.

Introducing the Bhagavata Purana's key themes while also examining its extensive influence on Hindu thought and practice, this collection conducts the first multidimensional reading of the entire text. Each essay focuses on a key theme of the Bhagavata Purana and its subsequent presence in Hindu theology, performing arts, ritual recitation, and commentary. The authors consider the relationship between the sacred text and the divine image, the text's metaphysical and cosmological underpinnings, its shaping of Indian culture, and its ongoing relevance to contemporary Indian concerns.

A much needed analysis of the [Bhagavata Purana] as a whole a valuable addition to Bhagavata studies. International Journal of Hindu Studies

Ravi M. Gupta is associate professor of religious studies at the The College of William and Mary and is the author of The Caitanya Vaisnava Vedanta of Jiva Gosvami: When Knowledge Meets Devotion.

Kenneth R. Valpey is a research fellow of the Oxford Centre for Hindu Studies and has been a regular visiting scholar at the Chinese University of Hong Kong.