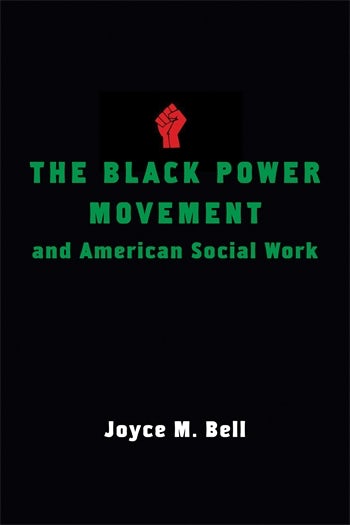 The Black Power movement has often been portrayed in history and popular culture as the quintessential "bad boy" of modern black movement-making in America. Yet this impression misses the full extent of Black Power's contributions to U.S. society, especially in regard to black professionals in social work.

Relying on extensive archival research and oral history interviews, Joyce M. Bell follows two groups of black social workers in the 1960s and 1970s as they mobilized Black Power ideas, strategies, and tactics to change their national professional associations. Comparing black dissenters within the National Federation of Settlements (NFS), who fought for concessions from within their organization, and those within the National Conference on Social Welfare (NCSW), who ultimately adopted a separatist strategy, she shows how the Black Power influence was central to the creation and rise of black professional associations. She also provides a nuanced approach to studying race-based movements and offers a framework for understanding the role of social movements in shaping the non-state organizations of civil society.

In a pathbreaking analysis, Joyce M. Bell shows again how black Americans have been this society's most important driving force for social justice. By analyzing the role of a key player in the understudied Black Power movement, the National Association of Black Social Workers, Bell illustrates that movement's brilliant antiracist strategies and transforming impacts in separate black organizations and within historically white organizations. Joe R. Feagin, Texas A&M University

Bell has added considerable depth and detailed analysis on the development of Black professional associations by filling a research gap in the existing literature concerning the institutionalization of the Black liberation movement during the age of Black Power. Journal of Social Work Values and Ethics

This study is a rich resource on both the development of Black professional organizations, as well as the influence of social movements in American society. Wilma Peebles-Wilkins, Journal of Sociology & Social Work

Foreword, by Jeffrey O. G. Ogbar
Acknowledgments
1. Introduction: Race, Resistance, and the Civil Sphere
2. Re-envisioning the Black Power Movement
3. The Rise of the Black Power Professional
4. "A Nice Social Tea Party": The Rocky Relationship Between Social Work and Black Liberation
5. "We Stand Before You, Not as a Separatist Body": The Techni-Culture Movement to Gain Voice in the National Federation of Settlements
6. "We'll Build Our Own Thing": The Exit Strategy of the National Association of Black Social Workers
7. Exit and Voice in Intra-Organizational Social Movements
8. Conclusion: Institutionalizing Black Power
Appendix 1: Methods
Appendix 2: Founding Dates of Black Professional Associations
Notes
References
Index

Read the introduction, "Race, Resistance, and the Civil Sphere":