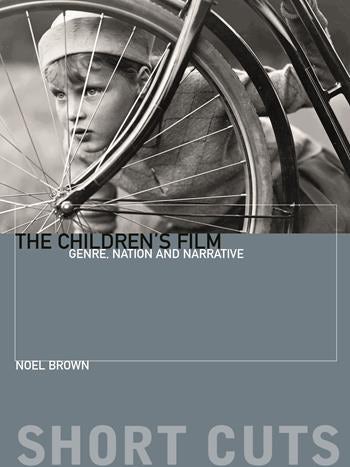 Films for children and young people are a constant in the history of cinema, from its beginnings to the present day. This book serves as a comprehensive introduction to the children's film, examining its recurrent themes and ideologies, and common narrative and stylistic principles. Opening with a thorough consideration of how the genre may be defined, this volume goes on to explore how children's cinema has developed across its broad historical and geographic span, with particular reference to films from the United States, Britain, France, Denmark, Russia, India, and China. Analyzing changes and continuities in how children's film has been conceived, it argues for a fundamental distinction between commercial productions intended primarily to entertain, and noncommercial films made under pedagogical principles, and produced for purposes of moral and behavioral instruction. In elaborating these different forms, this book outlines a history of children's cinema from the early days of commercial cinema to the present, explores key critical issues, and provides case studies of major children's films from around the world.

This small volume reaffirms Noel Brown as the most productive, thoughtful, and illuminating scholar on children’s film working today. Peter C. Kunze, The Lion and the Unicorn

Noel Brown lectures in film and media at Liverpool Hope University. He is the author of The Hollywood Family Film: A History, from Shirley Temple to Harry Potter (2012) and British Children's Cinema: From The Thief of Bagdad to Wallace and Gromit (2016).