Volume One: Discovery and Transmission 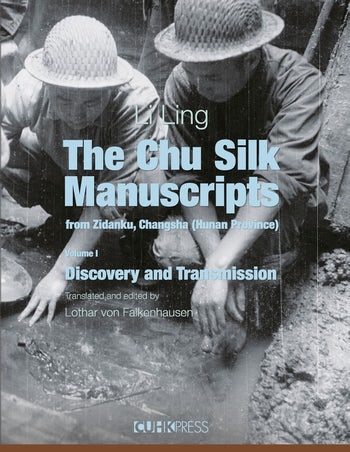 Volume One: Discovery and Transmission

The Silk Manuscripts from Zidanku, Changsha (Hunan) are the only pre-imperial Chinese manuscripts on silk found to date. Dating to the turn from the fourth to the third centuries BC (Late Warring States period), they contain several short texts concerning basic cosmological concepts in a diagrammatic arrangement and surrounded by pictorial illustrations. As such, they constitute a unique source of information complementing and going beyond what is known from transmitted texts.

This is the first in a two-volume monograph on the Zidanku manuscripts, reflecting almost four decades of research by Professor Li Ling of Peking University. While the philological study and translation of the manuscript texts is the subject of Volume II, this first volume presents the archaeological context and history of transmission of the physical manuscripts. It records how they were taken from their original place of interment in the 1940s and taken to the United States in 1946; documents the early stages in the research on the finds from the Zidanku tomb and its reexcavation in the 1970s; and accounts for where the manuscripts were kept before becoming the property, respectively, of the Arthur M. Sackler Foundation, New York (Manuscript 1), and the Freer and Sackler Galleries, Smithsonian Institution (Manuscripts 2 and 3). Superseding previous efforts, this is the definitive account that will set the record straight and establish a new basis for future research on these uniquely important artifacts.

Li Ling, a distinguished Chinese historian and archaeologist, is a towering figure in the study of classical Chinese civilization today. He has been on the faculty of the Department of Chinese Literature at Peking University since 1985. He has published prolifically in the areas of Chinese paleography, classical philology, intellectual history, historical geography, the history of science and technology, as well as material culture and art history (with special emphasis on Chinese bronzes). He is especially interested in the connections between China and other parts of Eurasia in antiquity. In 2016, he was named Foreign Honorary Member of the 236-year-old American Academy of Arts & Sciences (AAAS), one of the world’s most prestigious honorary societies.

Lothar von Falkenhausen is professor of Chinese archaeology and art history at the University of California, Los Angeles, where he has taught since 1993. He also heads the East Asian Laboratory at the Cotsen Institute of Archaeology at UCLA, and he served as associate director of that Institute from 2004–2014. His research concerns the archaeology of the Chinese Bronze Age, focusing on large interdisciplinary and historical issues on which archaeological materials can provide significant new information. His Chinese Society in the Age of Confucius (1000–250 BC): The Archaeological Evidence (2006) received the Society for American Archaeology Book Award.