The Cinema of Aki Kaurismäki 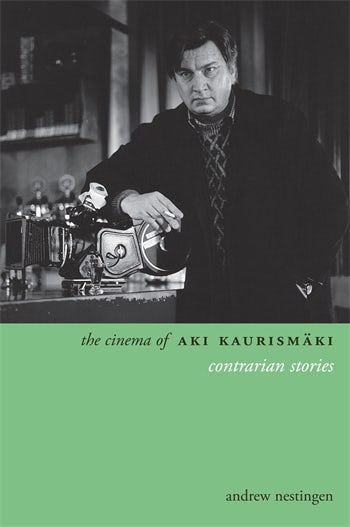 The Cinema of Aki Kaurismäki

Aki Kaurismäki is an enigma, an eminent auteur who claims his films are a joke. Since 1983, Kaurismäki has produced classically-styled films filled with cinephilic references to film history. He has earned an international art-house audience and many prizes, influencing such directors as Jim Jarmusch, Quentin Tarantino, and Wes Anderson. Yet Kaurismäki is often depicted as the loneliest, most nostalgic of Finns (except when he promotes his films, makes political statements, and runs his many businesses). He is also depicted as a bohemian known for outlandish actions and statements. The Cinema of Aki Kaurismäki is the first comprehensive English-language study of this eccentric director. Drawing on revisionist approaches to film authorship, the text links the filmmaker and his films to the stories and issues animating film aesthetics and history, nostalgia, late modernity, politics, commerce, film festivals, and national cinema.
Acknowledgements
Introduction
1. The Auteur
2. The Bohemian
3. The Nostalgic
4. The Finn
Appendix: A Conversation with Aki Kaurismäki
Filmography
Bibliography
Index

Andrew Nestingen is associate professor of Scandinavian studies at the University of Washington, where he teaches Finnish studies, film, literature, and cultural theory. His books include Crime and Fantasy in Scandinavia, Transnational Cinema in a Global North (coedited with Trevor G. Elkington), and Scandinavian Crime Fiction (coedited with Paula Arvas).