The Cinema of Britain and Ireland 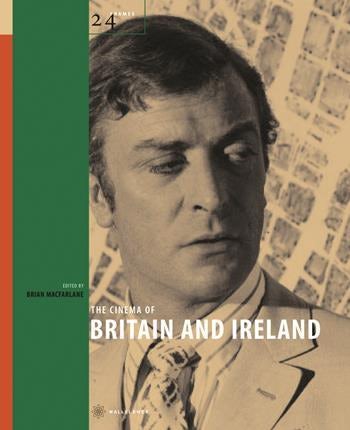 The Cinema of Britain and Ireland

A fresh, concise, but wide-ranging introduction and overview to British and Irish cinema, this volume contains 24 essays, each on a separate seminal film from the region. Films ranging from 1928 to 2002 are featured from directors such as John Boorman, Nicolas Roeg, Sally Potter and Jack Clayton. As well as discussions of genre and influences, The Cinema of Britain and Ireland includes in-depth studies of films such as Room at the Top (1958), The Italian Job (1969), The Man Who Fell to Earth (1976), Distant Voices, Still Lives (1988), Orlando (1992), and Sweet Sixteen (2002).

The contributors to this essay collection attest to its value... The cover a lot of ground here. David Marcou, British Heritage

A pleasure to read and is recommended to film buffs and novices alike. H-Albion

A page-turning smorgasbord of intelligent insights contributed by experts on the subject. Film Ireland

Brian McFarlane is Honorary Associate Professor at Monash University. His books include The Encyclopedia of British Film (co-authored, 2003) and An Autobiography of British Cinema (1997).