The Cinema of Clint Eastwood 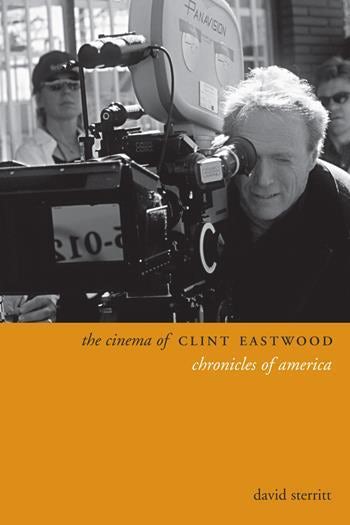 The Cinema of Clint Eastwood

He became a movie star playing The Man With No Name, and today his name is known around the world. Measured by longevity, productivity, and profits, Clint Eastwood is the most successful actor-director-producer in American film history. This book examines the major elements of his career, focusing primarily on his work as a director but also exploring the evolution of his acting style, his long association with screen violence, his interest in jazz, and the political views – sometimes hotly controversial – reflected in his films and public statements. Especially fascinating is the pivotal question that divides critics and moviegoers to this day: is Eastwood a capable director with a photogenic face, a modest acting talent, and a flair for marketing his image? Or is he a true cinematic auteur with a distinctive vision of America's history, traditions, and values? From A Fistful of Dollars and Dirty Harry to Million Dollar Baby and beyond, The Cinema of Clint Eastwood takes a close-up look at one of the screen's most influential and charismatic stars.

The book is an accessible piece of scholarship for Eastwood enthusiasts (and movie buffs in general), well researched and teeming with information and history about the man. Charles Riggs, Film Matters

Acknowledgements
Introduction: Play Mystic for Me
1. Pros and Cons: The Case For/Against Clint
2. A Fistful of Movies: Rowdy Yates and the Man With No Name
3. The Rising Star: Clintus, Siegelini, and Company
4. Any Which Way He Can: From Misty and Harry to High Plains Drifter and The Outlaw Josey Wales
5. Portrait of the Artist as a Major Player: From Pale Rider to Bird
6. Invictus: From John Huston to Jersey Boys
7. Eastwood's Politics: 'Leave everyone alone'
Epilogue: 'If somebody's dumb enough to ask me…'
Filmography as Director
Index

David Sterritt is chair of the National Society of Film Critics, film professor at Columbia University and the Maryland Institute College of Art, and editor of The Quarterly Review of Film and Video. He has published books on Alfred Hitchcock, Terry Gilliam, the Beat Generation, and many other subjects, and he was film critic of The Christian Science Monitor for almost forty years.