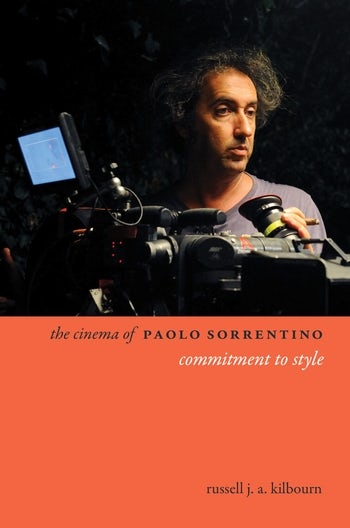 Paolo Sorrentino, director of Il Divo (2008) and The Great Beauty (2013) and creator of the HBO series The Young Pope (2016), has emerged as one of the most compelling figures in twenty-first-century European film. From his earliest productions to his more recent transnational works, Sorrentino has paid homage to Italy’s cinematic past while telling stories of masculine characters whose sense of self seems to be on the brink of dissolution. Together with his usual collaborators (including cinematographer Luca Bigazzi and editor Cristiano Travagliolo) and actors (chief among them Toni Servillo), Sorrentino has produced an incisive depiction of the contemporary European condition by means of an often spectacular postclassical style that nevertheless continues postwar Italian film’s tradition of political commitment.

This book is a critical examination of Sorrentino’s work, focusing on his emergence as a preeminent transnational auteur. Russell J. A. Kilbourn offers close readings of Sorrentino’s feature films and television output from One Man Up (2001) to The Young Pope (2016) and Loro (2018), featuring in-depth analyses of the director’s exuberant and intensified film style. Addressing the crucial themes of Sorrentino’s output—including a masculine subject defined by a melancholic awareness of its own imminent demise, and a critique of the conventional cinematic representation of women—Kilbourn illuminates Sorrentino’s ability to suffuse postmodern elegies for the humanist worldview with a sense of social awareness and responsibility. Kilbourn also foregrounds Sorrentino’s contributions to the ongoing transformations of cinematic realism and the Italian and European art cinema traditions more broadly. The first English-language study of the acclaimed director’s oeuvre, The Cinema of Paolo Sorrentino demonstrates why he is considered one of the most dynamic figures making films today.

With each new film, the need for a book capable of bridging the local and global and of accounting for the problematic aspects of Sorrentino’s aesthetic has become ever more pressing. That need has now been met. Film by film, Kilbourn maps and explains Sorrentino’s evolving aesthetic with great dexterity, clarity, and intellectual rigor, making a strong case for Sorrentino’s status as one of the most important cinematic artists of our age. This book is invaluable for newcomers and specialists alike and will undoubtedly become an essential touchstone for all future studies of the director. Alex Marlow-Mann, University of Kent

This elegantly written book is the first extensive study in English of Italy’s leading contemporary director. It places Sorrentino more firmly on the Anglophone film-critical map, and offers an insightful reading of each of his films. Kilbourn is also incisive on the politics of the auteur that have elevated Sorrentino internationally and on his films’ sometimes problematic gender politics. As such, this book is a welcome and thorough examination of Sorrentino as an intermedial and transnational auteur, and will be required reading for all those interested in contemporary Italian cinema. Catherine O'Rawe, author of Stars and Masculinities in Contemporary Italian Cinema

The Cinema of Paolo Sorrentino will be a touchstone for future work on the director. Nothing of the sort exists that engages with Sorrentino’s entire oeuvre. Kilbourn writes in a lively, clear, and engaging tone, translating concepts from a wide array of fields in a very accessible fashion. The astute and highly original analyses of Sorrentino's films will make important contributions to film genre studies, discourses around auteurism, and the stakes of transnational cinema. Dana Renga, author of Mafia Movies: A Reader

1. One Man Up (L’uomo in piú): The Consequences of Coincidence
2. The Consequences of Love (Le conseguenze dell’amore): This Must Be the (Non-) Place
3. The Family Friend (L’amico di famiglia): “Ridiculous Men and Beautiful Women”
4. “What Will They Remember About You?” Il Divo and the Possibility of a Twenty-First-Century Political Film
5. This Must Be the Place: From the Ridiculous to the Unspeakable (A Holocaust Road Movie)
6. The Great Beauty (La grande bellezza): Reflective Nostalgia and the Ironic Elegiac
7. Youth (La giovinezza): Between Horror and Desire (Life’s Last Day)
8. Ceci n’est pas un pape: Postsecular Melodrama in The Young Pope
Coda: Toward a Post-Political Film: Loro and the Mediatic Elegiac
Conclusion: Style as Commitment

Russell J. A. Kilbourn is professor of English and film studies at Wilfrid Laurier University. His books include Cinema, Memory, Modernity: The Representation of Memory from the Art Film to Transnational Cinema (2010) and W. G. Sebald’s Postsecular Redemption: Catastrophe with Spectator (2018).