The Cinema of Steven Soderbergh 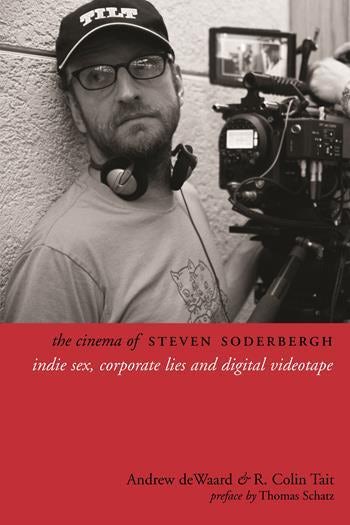 The Cinema of Steven Soderbergh

The industry's only director-cinematographer-screenwriter-producer-actor-editor, Steven Soderbergh is contemporary Hollywood's most innovative and prolific filmmaker. A Palme d'or and Academy Award-winner, Soderbergh has directed nearly thirty films, including political provocations, digital experiments, esoteric documentaries, global blockbusters, and a series of atypical genre films. This volume considers its slippery subject from several perspectives, analyzing Soderbergh as an expressive auteur of art cinema and genre fare, as a politically-motivated guerrilla filmmaker, and as a Hollywood insider. Combining a detective's approach to investigating the truth with a criminal's alternative value system, Soderbergh's films tackle social justice in a corporate world, embodying dozens of cinematic trends and forms advanced in the past twenty-five years. His career demonstrates the richness of contemporary American cinema, and this study gives his complex oeuvre the in-depth analysis it deserves.

[An] excellent book on this maverick, shape-shifting filmmaker.... Immaculately researched and illustrated with frame blowups throughout the text, the volume is an important contribution to the field.... Highly recommended. Choice

Andrew deWaard is a PhD student at UCLA, whose recent work regards media industries, digital humanities and screen synergy. His latest work can be viewed at andrewdewaard.com

R. Colin Tait is a PhD Candidate at UT Austin, whose recent publications include work on genre cycles, television, authorship and Robert De Niro. His latest work can be viewed at rcolintait.com

Thomas Schatz, is Professor in the Radio-Television-Film Department at the University of Texas at Austin. He has written four books on American film (and edited many others), including The Genius of the System: Hollywood Filmmaking in the Studio Era and Boom and Bust: American Cinema in the 1940s. His recent scholarly works include lead essays in The Contemporary Hollywood Film Industry (2008), Film Theory and Contemporary Hollywood Movies (2009), and Volume IV: 1976 to the Present, in Blackwell's History of American Film (2010).