The Collected Letters of Mary Wollstonecraft 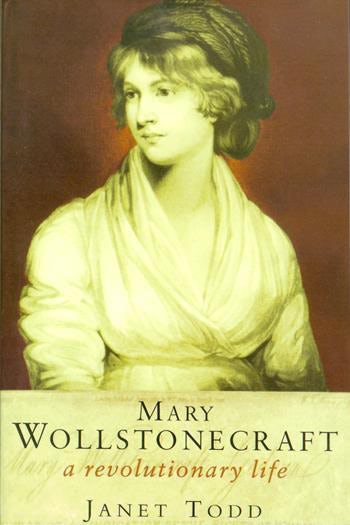 The Collected Letters of Mary Wollstonecraft

You will smile at an observation that has just occurred to me:—I consider those minds as the most strong and original, whose imagination acts as the stimulus to their senses, Mary Wollstonecraft wrote in a letter contemplating the role of the imagination in human relationships. Enlightenment feminist and famed author of The Vindication of the Rights of Woman, Wollstonecraft was also one of the most distinctive letter writers of the eighteenth century. This volume contains all of her known correspondence.

Wollstonecraft talked and thought on paper; her letters were a large part of the drama of her life. In them she grows from an awkward child of fourteen to the woman of thirty-eight facing death in childbirth. Where the letters of "bluestocking" writers such as Elizabeth Carter and Catherine Talbot have a public quality, Wollstonecraft's letters—whether written in haste or carefully composed, opinionated, or vulnerable—stand out among those of other contemporary writers for their candor and lack of sentimentality. They create a palpable world, a sense of inner vitality, revealing a woman of consistent character who nonetheless struggled to reconcile disparate aspects of her life: integrity and sexual longing; the needs and duties of a woman; motherhood and intellectual life; fame and domesticity; reason and passion.

Written in cramped lodgings and swaying boats, in the wilds of Scandinavia and the chill of Paris in winter, these letters record not a finished, ordered life viewed retrospectively but the dynamic process of living. Collectively, they form a remarkable work of autobiography that reveals the many dimensions of Wollstonecraft's genius.

[A] splendid edition of the letters... Todd's well-judged annotations help us understand these letters in the context of Wollstonecraft's milieu and era... By freshly editing and carefully re-dating the letters, and including several newly discovered ones, Todd supersedes the edition produced by Ralph Wardle in 1979. Her edition also constitutes an excellent companion to the biography that Todd published in 2000 and The Works of Mary Wollstonecraft,which she edited with Marilyn Butler in 1989. The Guardian

[Todd] has produced an exemplary edition, allowing us to read the letters without editorial intrusion, while providing vividly detailed and easily accessible footnotes. London Sunday Telegraph

Informed by Todd's unrivaled knowledge of the life and works...research collections should certainly have this new edition Choice

Janet Todd's The Collected Letters will be an indispensable tool for scholars. Eleanor Ty, Eighteenth-Century Fiction

Janet Todd is research professor of English at the University of Glasgow and the author of Mary Wollstonecraft: A Revolutionary Life.