The Columbia Companion to the Twentieth-Century American Short Story 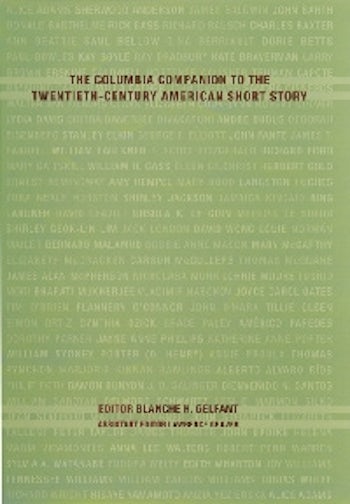 The Columbia Companion to the Twentieth-Century American Short Story

Esteemed critic Blanche Gelfant's brilliant companion gathers together lucid essays on major writers and themes by some of the best literary critics in the United States. Part 1 is comprised of articles on stories that share a particular theme, such as "Working Class Stories" or "Gay and Lesbian Stories." The heart of the book, however, lies in Part 2, which contains more than one hundred pieces on individual writers and their work, including Fitzgerald, Hemingway, Richard Ford, Raymond Carver, Eudora Welty, Andre Debus, Zora Neal Hurston, Anne Beattie, Bharati Mukherjee, J. D. Salinger, and Jamaica Kincaid, as well as engaging pieces on the promising new writers to come on the scene.

An eminently useful work. While there are other books on short stories and on the authors included here, this new resource is unusually well done.... The Columbia Companion to the Twentieth-Century American Short Story is essential for academic libraries and is highly recommended for public and school libraries. Neal Wyatt, Library Journal

The Columbia Companion offers deeper coverage of American short stories... [this] would be an asset to library collections at the high-school and college levels. Booklist

Particularly useful because it includes contemporary authors who are difficult to find... The writing is uniformly excellent, and the efficient index includes authors, story titles, book titles, and subjects. J. E. Sheets, Choice

Here are the categories of a postcanonical era with a vengeance: not just stories with a thematic cycle but also those written by African Americans, Asian Americans, Chicano-Latinos, lesbians and gays, Native Americans, non-English speakers, members of the working class, people concerned with the Holocaust, and even those with ecological interests. American Literary Scholarship

Each entry presents a critique of at least two of an author's stories, a biliography of the story collections, and recommendations for more sustained critiques of the author's work. American Literature

This reference will be well-used by high school students seeking resources for the ubiquitous literary 'term paper.' And in so doing, they may begin to develop a 'sense of what makes a writer unique.' Virginia Wallace, ALA Bibliography

Blanche H. Gelfant is the author of The American City Novel, Women Writing in America: Voices in Collage, and Cross-Cultural Reckonings: A Triptych of Russian, American and Canadian Texts. For many years she was the Robert E. Maxwell Professor in the Arts and Sciences at Dartmouth. In recognition of her contributions as critic and scholar, the American Literature Division of the Modern Language Association has honored professor Gelfant with the Jay B. Hubbell Award for Lifetime Achievement in American Literary Studies.