The Columbia Guide to Central African Literature in English Since 1945 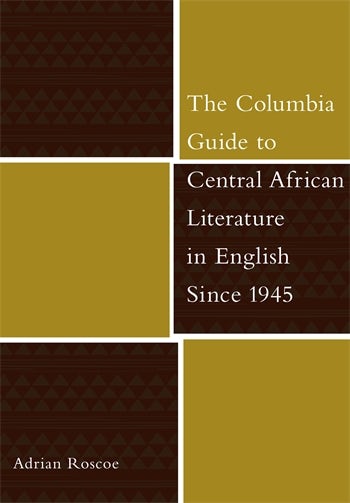 The Columbia Guide to Central African Literature in English Since 1945

Columbia's guides to postwar African literature paint a unique portrait of the continent's rich and diverse literary traditions. This volume examines the rapid rise and growth of modern literature in the three postcolonial nations of Zimbabwe, Malawi, and Zambia. It tracks the multiple political and economic pressures that have shaped Central African writing since the end of World War II and reveals its authors' heroic efforts to keep their literary traditions alive in the face of extreme poverty and AIDS.

Adrian Roscoe begins with a list of key political events. Since writers were composing within both colonial and postcolonial contexts, he pays particular attention to the nature of British colonialism, especially theories regarding its provenance and motivation. Roscoe discusses such historical figures as David Livingstone, Cecil Rhodes, and Sir Harry Johnston, as well as modern power players, including Robert Mugabe, Kenneth Kaunda, and Kamuzu Banda. He also addresses efforts to create a literary-historical record from an African perspective, an account that challenges white historiographies in which the colonized was neither agent nor informer.

A comprehensive alphabetical guide profiles both established and emerging authors and further illustrates issues raised in the introduction. Roscoe then concludes with a detailed bibliography recommending additional reading and sources. At the close of World War II the people of Central Africa found themselves mired in imperial fatigue and broken promises of freedom. This fueled a desire for liberation and a major surge in literary production, and in this illuminating guide Roscoe details the campaigns for social justice and political integrity, for education and economic empowerment, and for gender equity, participatory democracy, rural development, and environmental care that characterized this exciting period of development.

Knowledgeably compiled by Adrian Roscoe... [It's] so useful with its wealth of background information: Literary, historical, cultural and political. Martin Rubin, Washington Times

Any library that covers African studies or comparative literature will be well-advised to invest in this one. Bob Duckett, Reference Reviews

Before his retirement in 2000, Adrian Roscoe was Senior Professor and Head of the Department of English Studies at the University of the North (South Africa). He is the author of Mother is Gold (Cambridge, 1977), Uhuru's Fire (Cambridge, 1988) and The Quiet Chameleon (with Mpalive-Hangson Msiska, Hans Zel Pub, 1992)