The Columbia Sourcebook of Mormons in the United States 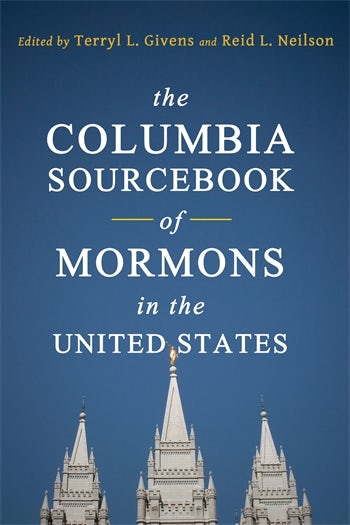 The Columbia Sourcebook of Mormons in the United States

This anthology offers rare access to key original documents illuminating Mormon history, theology, and culture in the United States from the nineteenth century to today. Brief introductions describe the theological significance of each text and its reflection of the practices, issues, and challenges that have defined and continue to define the Mormon community. These documents balance mainstream and peripheral thought and religious experience, institutional and personal perspective, and theoretical and practical interpretation, representing pivotal moments in LDS history and correcting decades of misinformation and stereotype.

The authors of these documents, male and female, not only celebrate but speak critically and question mainline LDS teachings on sexuality, politics, gender, race, polygamy, and other issues. Selections largely focus on the Salt Lake–based LDS tradition, with a section on the post–Joseph Smith splintering and its creation of a variety of similar yet different Mormon groups. The documents are arranged chronologically within specific categories to capture both the historical and doctrinal development of Mormonism in the United States.

No one could create a compilation of primary sources on Mormonism that would satisfy everyone—however, Givens and Neilson have crafted a very worthy anthology that will serve its ostensible primary purpose: a resource for university-level Mormon Studies... this is an excellent contribution to the field. Bryan Buchanan, Association for Mormon Letters

Mormon-studies courses have several college-level textbooks to choose from, but none can wear the label "sourcebook" quite like this one amply substantive. Highly recommended for most academic libraries. Booklist

Academic libraries with a focus on religious studies will want to add this invaluable resource to their collections. American Reference Books Annual

Students of Mormon history would do well to examine the faith and its history through these revealing sources, and I hope the book finds its way into numerous syllabi. Journal of Mormon History

This wonderful collection is useful for both libraries and Mormon Studies scholars. Nova Religio

This collection of documents, edited by two of the ablest and most prolific of Mormon historians, provides the most comprehensive sourcebook available.... It's a treasure. Grant Wacker, The Christian Century

The carefully curated source material and the expertly crafted annotations [...] will allow the many courses for which this volume will serve as the primary anthology to explore what it has historically meant to be a Mormon. Mormon Studies Review

Terryl L. Givens is the author of several books on Mormon studies, including Wrestling the Angel: The Foundations of Mormon Thought; The God Who Weeps (with Fiona Givens); and Parley P. Pratt, the Apostle Paul of Mormonism.

Reid L. Neilson is the author and coeditor of several books on American religious history, including Exhibiting Mormonism: The Latter-day Saints and the 1893 Chicago World's Fair and Early Mormon Missionary Activities in Japan, 1901–1924.