The Company and the Shogun

The Dutch Encounter with Tokugawa Japan 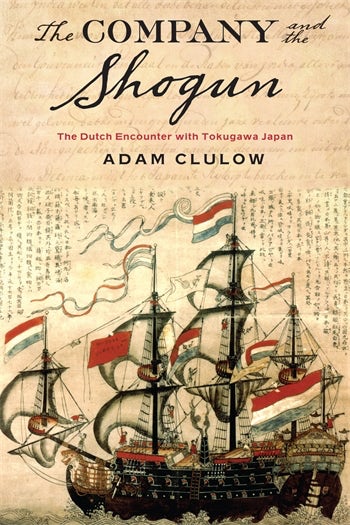 The Company and the Shogun

The Dutch Encounter with Tokugawa Japan

The Dutch East India Company was a hybrid organization combining the characteristics of both corporation and state that attempted to thrust itself aggressively into an Asian political order in which it possessed no obvious place and was transformed in the process.

This study focuses on the company's clashes with Tokugawa Japan over diplomacy, violence, and sovereignty. In each encounter the Dutch were forced to retreat, compelled to abandon their claims to sovereign powers, and to refashion themselves again and again—from subjects of a fictive king to loyal vassals of the shogun, from aggressive pirates to meek merchants, and from insistent defenders of colonial sovereignty to legal subjects of the Tokugawa state. Within the confines of these conflicts, the terms of the relationship between the company and the shogun first took shape and were subsequently set into what would become their permanent form.

The first book to treat the Dutch East India Company in Japan as something more than just a commercial organization, The Company and the Shogun presents new perspective on one of the most important, long-lasting relationships to develop between an Asian state and a European overseas enterprise.

Clulow provides a superb study of the establishment of the relationship between the Dutch East India Company and the Tokugawa shogunate in the 17th and early 18th centuries... Well-researched and well-written... Highly recommended. CHOICE

Not only a thoroughly researched political and economic history, but... a fascinating maritime adventure as well... Highly recommended. Northern Mariner

Well-researched and tightly argued study.... Clulow's book makes a most valuable and welcome contribution to a fresh understanding of the history of the VOC and the European presence in Early Modern Asia. Michael Facius, H-Soz-u-Kult

This carefully documented analysis of difficult primary sources is unquestionably a contribution to the field and an important resource for better understanding early modern Japan, its foreign relationships, and the formative years of the joint-stock companies in Asia. American Historical Review

Clulow's book makes a most valuable and welcome contribution to a fresh understanding of the history of the VOC and the European presence in Early Modern Asia, as well as to the ongoing debate about the characteristics of the global "early modern." Rezensiert fur geschichte.transnational

An engaging, tightly knit, and timely study of the origins of the Dutch East India Company's experience in Tokugawa Japan. Journal of Japanese Studies

Both a gold mine for scholars... and a great model for students who take classes on transnational communication.... An inspiring study. H-War

A provocative achievement in scholarship and one strongly recommended for devoted instructors of world history. Education About Asia

Clulow offers an excellent analysis of how the VOC adapted itself... The Company and the Shogun is a welcome contribution to the field of international relations in pre modern East Asia. Nam-lin Hur, Japan Review

A fascinating reassessment of previously held assumptions about international relations in 17th-century Japan. The Japan Times

Original, well written, and provocative in the best sense of the word... The Company and the Shogun is a seminal work, one that offers a bold new vision of the intersection of Japanese and global history in the seventeenth century. Monumenta Nipponica

A focused and well-researched book.... It is a welcome addition to literature. Business History Review

This engrossing monograph offers a succinct and original interpretation of the early encounter between the fledging Dutch East India Company (VOC) and the Tokugawa Shogunate. Economic History Review

A most valuable contribution to Japanese political history. The International Journal of Maritime History