The Company of Wolves 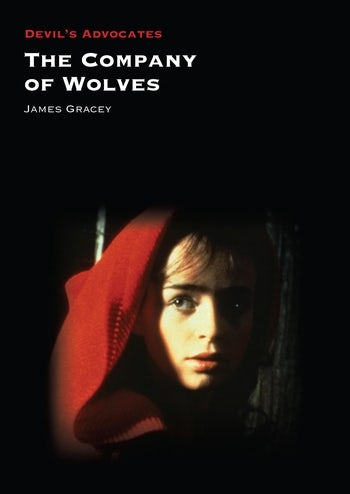 The Company of Wolves

Co-written by Irish filmmaker Neil Jordan and British novelist Angela Carter, and based on several short stories from Carter's collection The Bloody Chamber, The Company of Wolves (1984) is a provocative reinvention of the fairy tale of Little Red Riding Hood. Unraveling a feverish metaphor for the blossoming of a young girl's sexuality and her subsequent loss of innocence, the film entwines symbolism and metaphor with striking visuals and grisly effects. Released in the early 1980s, a time which produced several classic werewolf films (including An American Werewolf in London and The Howling), The Company of Wolves sets itself apart from the pack with its overtly literary roots, feminist stance, and art-house leanings. The film's narrative takes the form of a puzzle box, unfolding as dreams within dreams, and stories within stories, which lead further into the dark woods of the protagonist's psyche, as she finds herself on the cusp of womanhood. This Devil's Advocate explores all these aspects, as well as placing the film in the context of the careers of its creators and its position as an example of the "Female Gothic."

James Gracey is the author of Dario Argento (Kamera Books) and a contributor to Diabolique, Exquisite Terror, and Paracinema. He has also written for Film Ireland, Fangoria, Eye for Film, Little White Lies, and The Quietus.