Projections of Power and Identity 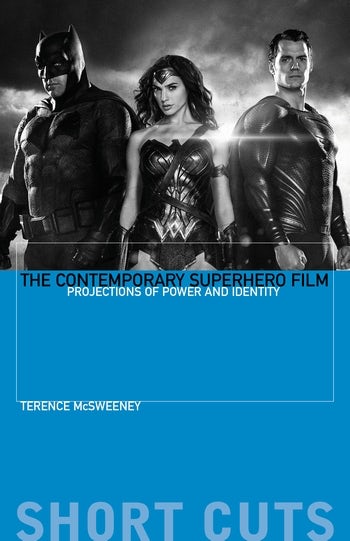 Projections of Power and Identity

Audiences around the globe continue to flock to see the latest releases from Marvel and DC studios, making it clear that superhero films resonate with the largest global audience that Hollywood has ever reached. Yet despite dominating theater screens like never before, the superhero genre remains critically marginalized—ignored at best and more often actively maligned.

Terence McSweeney examines this global phenomenon, providing a concise and up-to-date overview of the superhero genre. He lays out its narrative codes and conventions, exploring why it appeals to diverse audiences and what it has to say about the world in the first two decades of the twenty-first century. Unpacking the social, ideological, and cultural content of superhero films, he argues that the genre should be considered a barometer of contemporary social anxieties and a reflection of cultural values. McSweeney scrutinizes representations of gender, race, and sexuality as well as how the genre’s conventions relate to and comment on contemporary political debates. Beyond American contributions to the genre, the book also features extensive analysis of superhero films from all over the world, contrasting them with the dominant U.S. model.

The book’s presentation of a range of case studies and critical debates is accessible and engaging for students, scholars, and enthusiasts at all levels.

Terence McSweeney is senior lecturer in film and television Studies at Solent University. His books include Avengers Assemble! Critical Perspectives on the Marvel Cinematic Universe (Wallflower, 2018) and The War on Terror and American Film: 9/11 Frames Per Second (2014).