The Development and Challenges of Russian Corporate Governance I

The Roles and Functions of Boards of Directors 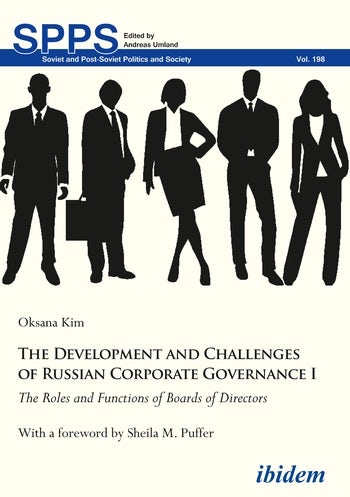 The Development and Challenges of Russian Corporate Governance I

The Roles and Functions of Boards of Directors

Despite increasing attention toward Russia’s economy and capital market, corporate governance norms of Russian public firms are rarely analyzed. This project presents and interprets evidence regarding various governance practices followed by Russian firms covering almost the entire period of the existence of the Russian stock market. Its findings run counter to some widely held beliefs according to which Russia is a country with high resistance to corporate innovations due to socialist legacies.

Part one of this two-volume study focuses on the role that boards of directors play in reducing intra-corporate agency conflicts. Russian companies have adopted progressive governance mechanisms including director independence, nationality and gender diversity on the board, dismissal of poorly performing CEOs, and cross-listing of companies on foreign markets with stringent reporting obligations. Some of these innovations have had notably positive impact on firms’ performances and market valuation. Others, such as nationality diversity on boards of directors, enhanced the image of Russian companies but made little contribution toward improving internal governance. Unresolved issues impeding further progress include limited liability of directors before shareholders due to imperfections of the Russian legal system, a taboo on disclosures of executives’ compensations, and generally high risks of conducting business in Russia. Despite impressive improvements in internal practices, Russian firms still have a long way to go to achieve the governance levels of their peers in developed countries.

There still is a lack of understanding about the Russian economy in general and Russia’s corporate governance in particular. This book is a welcome addition to a series of literature focusing on how Russian corporate governance works in practice. Yuko Adachi, Professor for Russian Studies, Sophia University

Oksana Kim is associate professor of accounting at Minnesota State University, Mankato. She studied economics and management at Moscow, Bloomington, as well as Melbourne, and worked as an auditor for Deloitte and Ernst & Young. Since 2013, Kim has served on the editorial board of The International Journal of Accounting. Her papers have appeared in, among other journals, Accounting and Business Research, Journal of Multinational Financial Management, and Journal of Contemporary Accounting and Economics.

Sheila M. Puffer is Distinguished Professor of International Business and Strategy at the D’Amore McKim School of Business at Northeastern University in Boston.