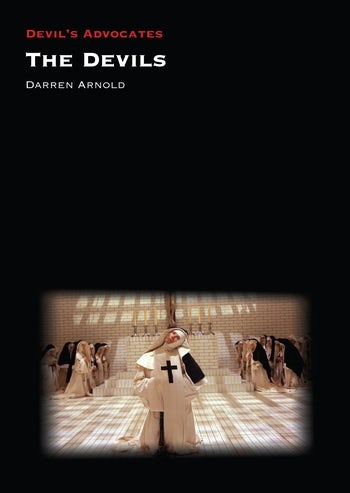 Undoubtedly the most notorious title in director Ken Russell’s controversial filmography, The Devils (1973) caused a real furor on its initial theatrical release, only to largely disappear for many years. This Devil’s Advocate considers the film’s historical context, as the timing of the first appearance of The Devils is of particular importance, its authorship and adaptation (Russell’s auteur reputation aside, the screenplay is based on John Whiting’s 1961 play of the same name, which was in turn based on Aldous Huxley’s 1952 book The Devils of Loudun), and its generic hybridity. Darren Arnold goes on to examine the themes prevalent in the film—this is the only film of Russell’s which the director considered to be political—and considers the representation of gender and sexuality, gender fluidity, and how sex and religion clash to interesting and controversial effect. He concludes by revisiting the film’s censorship travails and the various versions of The Devils that have appeared on both big and small screens, and the film’s legacy and influence.

Darren Arnold is a writer and film critic who has contributed to Sight & Sound, Metro, and Hotdog magazine as well as a number of books on horror cinema.