The Economics of Arms 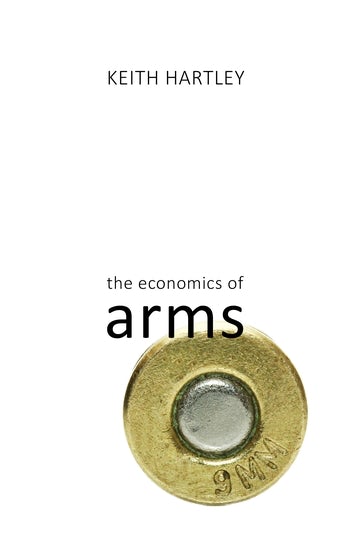 The Economics of Arms

It is estimated that today some 2.7% of world GDP ($1.5 trillion) is spent on arms. In 2014 Lockheed Martin, the US defense contractor, had revenues of $45 billion – the equivalent of the GDP of Tunisia. This book explores the business behind these breathtaking figures and explains how the arms industry makes its money.

The book begins by defining the industry, explaining why the sector is important, outlining its prime contractors and key supply chains. Its cost categories (from R&D to maintenance), the role of technical innovation, and the sector's dependence on the monopsony buying power of government, are all examined. The structure-conduct and performance model is used to show the workings of the arms market and its various entry and exit conditions, and the sector's performance is analysed through various indicators including exports, development time scales, cost overruns and profitability. The complex choice problems of domestic procurement are considered alongside sales to foreign governments and the opportunities that may present for bribery and corruption. The Military-Industrial-Political-Complex (MIPC) is unpacked and the behavior of its major agents – national defense agencies, the armed forces, producer groups, political agents (voters, political parties and budget-maximizing bureaucracies) – is scrutinized, both in times of conflict (expansion) and peace (contraction). The book concludes by considering future trends, such as whether arms industries are better under state or private ownership, and how they can meet the challenge of new threats in different forms.

The discussion throughout is anchored to case studies from all parts of the world, including Brazil, Korea, Japan, Russia as well as UK, US and Europe. As an authoritative non-technical introduction to the economics of arms industries, it is suitable for students of business studies, politics, international relations, political economy, strategic, and defense studies as well as for courses on microeconomics and industrial economics. As a masterly summation from one of the world's leading defense economists, it will also be required reading for staff in defense ministries, procurement agencies, the armed forces, and strategic studies think-tanks throughout the world.

Keith Hartley is emeritus professor of economics at the University of York. He is founding editor of the journal Defence and Peace Economics.