The End of Cinema?

A Medium in Crisis in the Digital Age 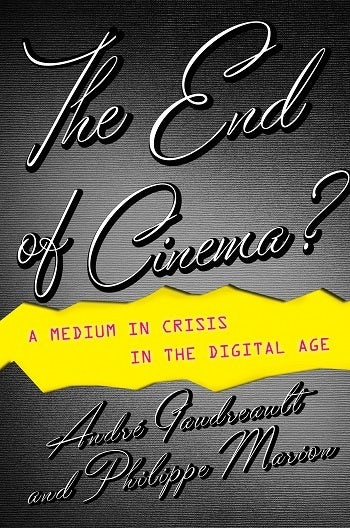 The End of Cinema?

A Medium in Crisis in the Digital Age

Is a film watched on a video screen still cinema? Have digital compositing, motion capture, and other advanced technologies remade or obliterated the craft? Rooted in their hypothesis of the "double birth of media," André Gaudreault and Philippe Marion take a positive look at cinema's ongoing digital revolution and reaffirm its central place in a rapidly expanding media landscape.

The authors begin with an overview of the extreme positions held by opposing camps in the debate over cinema: the "digitalphobes" who lament the implosion of cinema and the "digitalphiles" who celebrate its new, vital incarnation. Throughout, they remind readers that cinema has never been a static medium but a series of processes and transformations powering a dynamic art. From their perspective, the digital revolution is the eighth major crisis in the history of motion pictures, with more disruptions to come. Brokering a peace among all sides, Gaudreault and Marion emphasize the cultural practice of cinema over rigid claims on its identity, moving toward a common conception of cinema to better understand where it is headed next.

Anyone involved in the debates surrounding the shift from 35mm film stock to digital production practices and exhibition formats will need to confront André Gaudreault and Philippe Marion's arguments. A provocative and timely book, the authors remind viewers that the 'cinema' has never been a static technology. Richard Neupert, University of Georgia

Gaudreault and Marion make a nuanced argument for rethinking the very nature and impact of the digital revolution on cinema. Their book is an unusually thorough and balanced analysis. It should be required reading. Richard Abel, University of Michigan

This thought-provoking volume... will appeal mostly to scholars and serious students of film. Choice

Preface
Introduction: The End of Cinema?
1. Cinema Is Not What It Used to Be
2. Digitalizing Cinema from Top to Bottom
3. A Brief Phenomenology of "Digitalized" Cinema
4. From Shooting to Filming: The Aufhebung Effect
5. A Medium Is Always Born Twice...
6. New Variants of the Moving Image
7. "Animage" and the New Visual Culture
Conclusion: A Medium in Crisis in the Digital Age
Notes
Acknowledgments
Selected Bibliography
Index

André Gaudreault is a professor in the department of art history and cinema studies at the Université de Montréal, where he is director of GRAFICS and director of the journal Cinémas. His books include From Plato to Lumière: Narration and Monstration in Literature and Cinema; Film and Attraction: From Kinematography to Cinema; American Cinema, 1890-1909: Themes and Variations; and A Companion to Early Cinema.