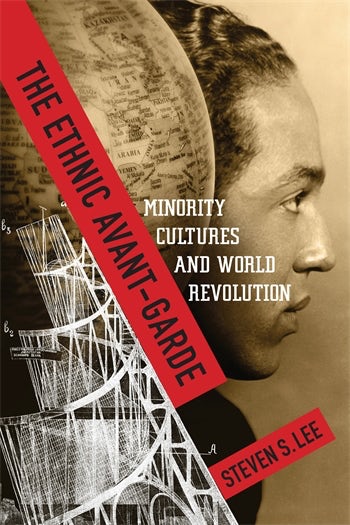 During the 1920s and 1930s, American minority artists and writers collaborated extensively with the Soviet avant-garde, seeking to build a revolutionary society that would end racial discrimination and advance progressive art. Making what Claude McKay called "the magic pilgrimage" to the Soviet Union, these intellectuals placed themselves at the forefront of modernism, using radical cultural and political experiments to reimagine identity and decenter the West.

Shining rare light on these efforts, The Ethnic Avant-Garde makes a unique contribution to interwar literary, political, and art history, drawing extensively on Russian archives, travel narratives, and artistic exchanges to establish the parameters of an undervalued "ethnic avant-garde." These writers and artists cohered around distinct forms that mirrored Soviet techniques of montage, fragment, and interruption. They orbited interwar Moscow, where the international avant-garde converged with the Communist International.

The book explores Vladimir Mayakovsky's 1925 visit to New York City via Cuba and Mexico, during which he wrote Russian-language poetry in an "Afro-Cuban" voice; Langston Hughes's translations of these poems while in Moscow, which he visited to assist on a Soviet film about African American life; a futurist play condemning Western imperialism in China, which became Broadway's first major production to feature a predominantly Asian American cast; and efforts to imagine the Bolshevik Revolution as Jewish messianic arrest, followed by the slow political disenchantment of the New York Intellectuals. Through an absorbing collage of cross-ethnic encounters that also include Herbert Biberman, Sergei Eisenstein, Paul Robeson, and Vladimir Tatlin, this work remaps global modernism along minority and Soviet-centered lines, further advancing the avant-garde project of seeing the world anew.

A prodigiously researched, insightful, and lucid book, Lee's work offers fresh perspective on the links between avant-garde aesthetics and vanguard politics. His scholarship is nothing short of transformative for those seeking new ways of configuring the relationships between ethnicity and cultural production between the wars. Kate Baldwin, Northwestern University

Beautifully written, deeply researched, and constantly engaging, The Ethnic Avant-Garde restores the allure of Moscow as the beacon of political and perceptual revolution in the early Soviet period. The aspiration to conjoin the socialist vanguard and the cultural avant-garde in an international alliance was engraved in the border-crossing works of activist intellectuals who sought to link indigenous roots to vertiginous upheaval. Steven S. Lee truly understands the pathos and promise of this global experiment. Dale E. Peterson, Amherst College

A dazzlingly original, ambitious book that challenges us to reconsider the relationship between politics and artistic experimentation during a complex, contradictory, and intriguing period in the history of the United States and the Soviet Union. Lee draws astute and surprising insights into literature, art, modernism, revolution, and the fraught, never-ending struggle to counter racism around the globe. Shelley Fisher Fishkin, Stanford University

Lee's brilliant book not only redefines 'ethnic literature' but also fundamentally alters our sense of the political promises and aesthetic possibilities of 'the avant-garde.' It is essential reading for students and scholars of twentieth-century literature and culture. Jonathan Flatley, Wayne State University

A highly engaging exploration. . . . While Lee is a professor of English, his book reflects prodigious archival research in diverse source material on literary, political and art history, including extensive research in Russian archives. Allison Blakely, The Russian Review

Lee makes his greatest contribution by telescoping his vision of the Moscow-based ‘ethnic avant-garde’ outward, through the Cold War, past the ‘now-defunct Soviet center,’ and into the present day. His ‘new optics’ . . . brings to light lost connections and exposes, with scrupulous caution, the redeemable lessons of an irredeemable past. Boris Dralyuk, Slavic Review

The scope of the term ethnic avant-garde expands with each chapter to encompass multiple temporalities and languages, gathering those who share a desire to confront terror and disillusion with experimental art. . . . Ambitious, prodigiously researched, and often dazzling. Rita Keresztesi, MELUS

This book is of obvious interest to those studying interactions between Soviet and American culture. Slavists generally can gain much from its international focus, which helps illustrate the enduring relevance of Soviet and Russian culture to the world at large. Indeed, for those hoping to engage a wider variety of students, Lee’s framework, rooted not only in American culture but also in contemporary social issues, will be an invaluable resource. Emily Wang, Slavic and East European Journal

The Ethnic Avant-Garde is an unusually imaginative work of cultural history. But its inventiveness is fostered by nose-to-the-grindstone feats of archive digging and cross-cultural translation. William J. Maxwell, African American Review

The book is . . . at both its most hopeful and its most questionable when it tracks the ghosts of the ethnic avant-garde to the present day. But it’s hard to criticize the impulse to conjure such ghosts when Lee’s stunning archival work does such a wonderful job of showing what a vital and wide-ranging cultural and political formation it was Mark Whalan, Comparative Literature

Meticulously researched and elegantly written, Lee’s work is notable for the author’s fluency in both Slavic and Anglophone literatures. This range is particularly stunning in the use of previously unknown archival materials, translated by Lee, that will shift our understanding of both fields in the years to come. Jill Richards, Modernism/modernity

Innovative and imaginative work which succeeds in approaching the link between revolution and art in an engaging and convincing manner. Hanin Hannouch, Apparatus. Film, Media and Digital Cultures of Central and Eastern Europe

Lee narrativizes the openness and complexities of the Stalinist and pre-Stalinist decades in such a manner that the reader is able to witness the aesthetic moment in question, complete with its 'energy,' with the same spontaneity as the artists examined. José Felipe Alvergue, Comparative Literature Studies

Lee’s argument and scholarship in The Ethnic Avant-Garde are at once imaginative and compelling. While the author takes risks in setting up at times speculative parallels between works separated by language, geography, and time, this method has advantages as well. It hints at the excitement and potential contained in the works he’s examining and sheds much light on lesser-known works like Roar China and fruitfully revisits old truths such as Hughes’s 'failed' film as part of a broader project to expand and enrich our framework for understanding modernism, its history and practitioners, and present possibilities. Jonathan Wipplinger, Journal of American Studies

The Ethnic Avant-Garde—richly researched and elegantly written—remains a crucial, important book for our moment, especially as liberal multiculturalism emerges in the language both of global capitalism and of the new corporate university. These early Soviet writers and their American interlocutors may serve as important antidotes to this corporate form of anodyne multiculturalism as well as offer a new genealogy for multiethnic literature in the US. Benjamin Balthaser, Modern Fiction Studies

Steven S. Lee is an associate professor in the Department of English at the University of California, Berkeley.