The Federal Reserve and Its Founders 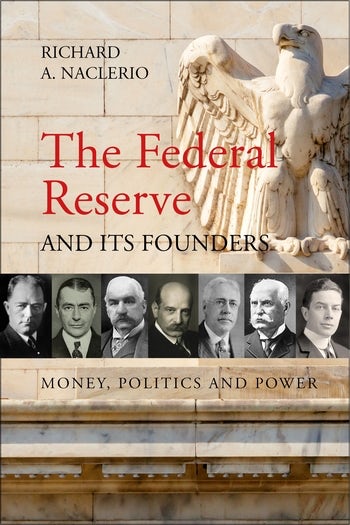 The Federal Reserve and Its Founders

The U.S. Federal Reserve has been with us for just over one hundred years. Founded in response to a major economic panic, it has played a key role in the world economy ever since, including the recent global economic downturn. The Fed's structure is unique among central banking systems. Many people think it is a government agency, that it was created by politicians for the benefit of the U.S. economy, and that it is regulated by the U.S. government. None of these assumptions are true. To fully understand the Federal Reserve and its role today we need to examine its origins and the men that founded it.

Using extensive archival sources, Richard A. Naclerio investigates the highly secretive events that surrounded the Fed's creation and the bankers, financiers, and economists that played a fundamental part in shaping both its organization and the role it was to play over the next century. In particular, the book examines the motivations of those seven men who met in secret on Jekyll Island, Georgia to create the first draft of the Federal Reserve Act, and reveals the banking and business ties and shared ideologies that bound these men together. The book makes a significant contribution to economic and financial history and sheds new light on the making of one of the world's most important financial institutions and how it came to have the national and international influence it does.

Approaching a potentially difficult topic in an engaging and readable fashion, Naclerio employs a mostly biographical lens to take readers through the origins of the Federal Reserve. From Nelson Aldrich to Frank Vanderlip, The Federal Reserve and Its Founders examines how power was amassed and then how it was employed in the development of the 20th century U.S. financial system. Timely and perceptive, the book offers insight for specialists and a gripping narrative for a general audience. Robert David Johnson, Brooklyn College

The Federal Reserve and its Founders is a must read for anyone interested in the Fed. From its very beginning, the author maintains, the institution was (and remains) about power. Indeed, its establishment was the handiwork of an 'economic coup d'état' by Wall Street. This is a masterfully well-written and well-researched account of a banking system that directly affects the quality of all our lives. Carl Lane, Professor of History, Felician University, New Jersey

The Federal Reserve is likely the most powerful single entity in the American economy. This book provides a rich story line about its creation, clears misconceptions about its positioning within our economic system, and serves as an illustration of how the combination of individual action – even when differentially motivated – can result in exponentially significant outcomes. Richard Naclerio does an excellent job of weaving an interesting, yet highly informative, treatise on a historical topic that remains extraordinarily relevant in today’s world. Patrick G. Maggitti, Provost, Villanova University

Richard A. Naclerio has worked extensively in business operations and real estate investment in New York City and Denver, Colorado. He continues to manage his own real estate companies and stock portfolios. Although he enjoyed some financial success, personal fulfilment eluded him. So in 2010, at the age of 40, he decided to pursue his passion for history. Still lacking a college diploma, he received his BA and Masters from Iona College, graduating first in his class at the age of 43. He taught business communications and English at Monroe College in the Bronx, New York and worked for three years at Sacred Heart University in Fairfield, Connecticut as an adjunct history instructor and academic advisor. Awarded a fellowship to the history doctoral program of the Graduate Center at City University of New York, he is now, at 48, a third-year PhD candidate. He is also a graduate teaching fellow at Lehman College. He is married with four children and lives in Westchester County, NY. This is his first book.