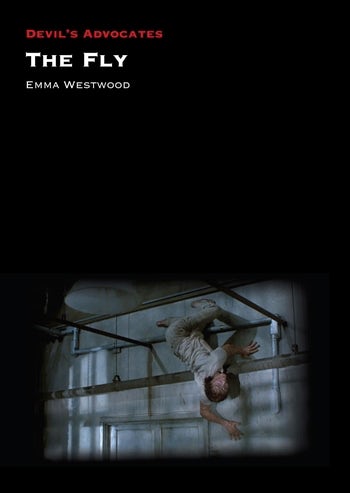 It's not often that a remake outshines its original but David Cronenberg's "reimagining" of The Fly (1986) is one of those rare exceptions. Equal parts horror, science fiction, and romance, The Fly takes the premise of its 1958 original—a man unintentionally fusing with a housefly during an experiment in teleportation—and reinterprets the plot as a gradual cellular metamorphosis between these two organisms.

This book teases out the intricate DNA of The Fly and how it represents the personalities of many authors, including a distinguished history of Man-as-God tales stretching back to Mary Shelley's Frankenstein (1818). Drawing from interviews with cast, crew, film commentators, and other filmmakers, Emma Westwood interlaces the "making of" travails of The Fly with why it is one of the most important examples of master storytelling ever committed to screen.

Westwood brilliantly configures The Fly’s legacy as both a remake that improves upon the original and is an audacious exploration of metamorphosis. Film Stages

Emma Westwood is a writer and film historian based in Melbourne, Australia. She contributes to a number of cinema journals, collaborates with film festivals, and appears weekly on the Plato's Cave film criticism show on the Melbourne radio station Triple R.