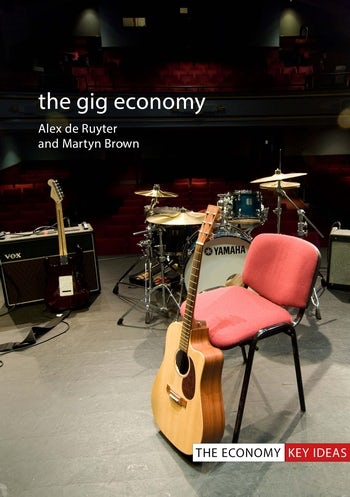 The "gig economy" is a relatively recent term coined to describe a range of working arrangements that have previously been denoted as precarious, flexible and contingent. Borrowed from musicians, a “gig” describes a one-night performance, but in the context of general employment, it covers the self-employed who work for hire, those on temporary, short-term contracts and on zero-hours contracts. In 2016, an estimated 7 million UK workers fell into this category, or 22.2 per cent of the workforce, a rise from 18.1 per cent in 2006. Given that the main thrust of employment protection and regulation over the past twenty years has been aimed at those in permanent, full-time employment, almost a quarter of working adults do not enjoy the benefits that such directives enforce. The ramifications of an increasingly insecure workforce are complex and have implications not only for individuals and employers, but for the economy and society in general.

Proponents of flexible working arrangements point to the opportunities the gig economy offers to unlock the potential of those who cannot work full-time and to how technology is changing the nature of work. Yet, those against it fear that it is simply driven by the corporate need to cut costs and reduce the administrative burden and legal responsibilities that accompany a permanent workforce.

In this concise overview, Alex de Ruyter and Martyn Brown explain the key facets of the gig economy and explore the dangers and potential it affords. Drawing on recent case-studies from the UK, Europe and the USA, it offers an authoritative guide through the theories and issues that surround the gig economy.

Alex de Ruyter is a professor and director of research at Birmingham City University Business School. He has been involved in two ESRC-funded studies related to the phenomenon of flexible and contingent working, and completed his PhD on the uses of nonstandard employees in Australian hospitals. His research in the area of flexible and precarious work has been published in European Journal of Industrial Relations, Work, Employment & Society, International Journal of Human Resource Management, and British Journal of Industrial Relations.

Martyn Brown is senior lecturer in organisation studies at Birmingham City University and visiting lecturer at the University of Birmingham. He originally trained as an engineer before embarking on an academic career. His interest in the gig economy stems from a number of years spent as a professional musician where short-term, one-off paid engagements are the norm.