Lived Experiences in a Transnational World 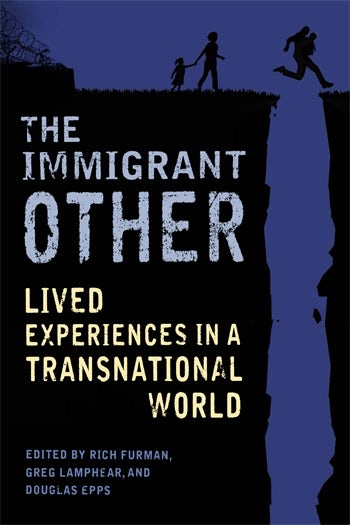 Lived Experiences in a Transnational World

The immigrants profiled in The Immigrant Other shed light on a system designed to dehumanize and disenfranchise them, and they describe the difficulty of finding shelter in an increasingly globalized and unsympathetic world. They include Muslims facing discrimination from both the "War on Terror" and the "War on Immigration," Latino day laborers, Filipino immigrants supporting themselves and their families back home, and Brazilian parents terrified of being separated from their naturalized children. Immigrants living in Spain, Australia, Greece, and Qatar are also represented, showcasing the similarities and differences in the treatment of immigrants worldwide. Each chapter in this anthology pairs a description of specific state, national, and transnational immigration laws and regulations with the testimony of individuals struggling to find legitimacy and sanctuary among them.

The Immigrant Other paints a moving picture of the lived experience of immigrants in the contemporary age. Through memorable narratives of individual struggle and collective resistance, the book provides valuable insight into the pain and struggles but also the heroism of immigrants in the face of nation states that criminalize their lives. Robin Jacobson, author of The New Nativism: Proposition 187 and the Debate Over Immigration

Structural violence, write the editors of this volume, is endemic within various systems that interact with immigrants. This richly textured collection examines the policies and practices that effect and uphold that problematization and marginalization as a condition of being for the 'alien.' Compelling narratives situated at multiple points of contact across the globe give voice to the often unheard: those subjected to that violence and those who endeavor to challenge that violence as a given. Yoosun Park, Smith College School for Social Work

Greg Lamphear is a writer and editor based in Asia. He is the coauthor of Writing and Publishing in English: A Guide for Second Language and International Scholars.

Douglas Epps, a former detention officer in the private immigration-detention industry, received his MSW from the University of Washington, Tacoma. His research, publications, and activism center on aspects of the criminalization of immigration in the United States and abroad.