The International Politics of Intelligence Sharing 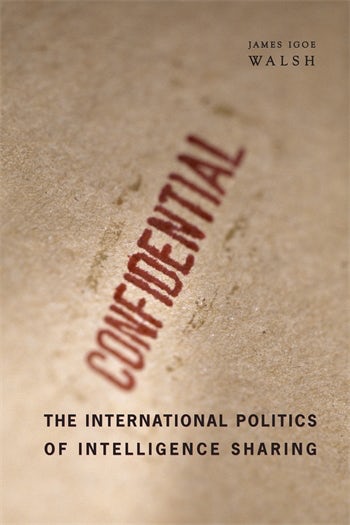 The International Politics of Intelligence Sharing

The cross-border sharing of intelligence is fundamental to the establishment and preservation of security and stability. The American invasion of Iraq in 2003 was based in part on flawed intelligence, and current efforts to defeat al Qaeda would not be possible without an exchange of information among Britain, Pakistan, Indonesia, and the United States. While critical to national security and political campaigns, intelligence sharing can also be a minefield of manipulation and maneuvering, especially when secrecy makes independent verification of sources impossible.

In The International Politics of Intelligence Sharing, James Igoe Walsh advances novel strategies for securing more reliable intelligence. His approach puts states that seek information in control of other states' intelligence efforts. According to this hierarchical framework, states regularly draw agreements in which one power directly monitors and acts on another power's information-gathering activities-a more streamlined approach that prevents the dissemination of false "secrets." In developing this strategy, Walsh draws on recent theories of international cooperation and evaluates both historical and contemporary case studies of intelligence sharing. Readers with an interest in intelligence matters cannot ignore this urgent, timely, and evidence-based book.

Walsh has made a valuable, groundbreaking contribution to our understanding of intelligence sharing. Political Science Quarterly

This book explores what other works on intelligence either fail to mention or only touch upon... It is a valuable work that adds a new dimension to the literature. Choice

James Igoe Walsh is associate professor of political science at the University of North Carolina at Charlotte and author of European Monetary Integration and Domestic Politics. His research and teaching interests include national security policy, human rights, and international cooperation.