The Invention of International Relations Theory

Realism, the Rockefeller Foundation, and the 1954 Conference on Theory 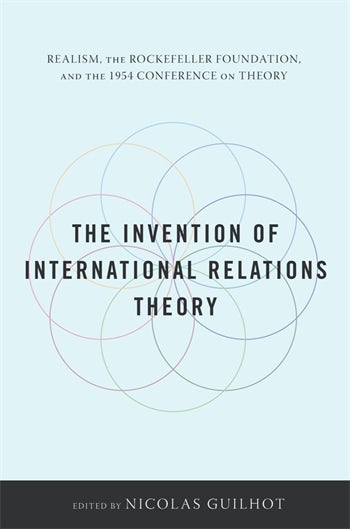 The Invention of International Relations Theory

Realism, the Rockefeller Foundation, and the 1954 Conference on Theory

The 1954 Conference on Theory, sponsored by the Rockefeller Foundation, featured a who's who of scholars and practitioners debating the foundations of international relations theory. Assembling his own team of experts, all of whom have struggled with this legacy, Nicolas Guilhot revisits a seminal event and its odd rejection of scientific rationalism.

Far from being a spontaneous development, these essays argue, the emergence of a "realist" approach to international politics, later codified at the conference, was deliberately triggered by the Rockefeller Foundation. The organization was an early advocate of scholars who opposed the idea of a "science" of politics, pursuing, for the sake of disciplinary autonomy, a vision of politics as a prerational and existential dimension that could not be "solved" by scientific means. As a result, this nascent theory was more a rejection of behavioral social science than the birth of one of its specialized branches. The archived conversations reproduced here, along with unpublished papers by Hans Morgenthau, Reinhold Niebuhr, and Paul Nitze, speak to this defensive stance. International relations theory is critically linked to the context of postwar liberalism, and the contributors explore how these origins have played out in political thought and American foreign policy.

This work is a classic and will surely be required reading for doctoral qualifying exams and graduate-level international relations theory courses... Essential. Choice

...an intriguing book about an important, if slightly baffling, episode in the intellectual history of International Relations... Ian Hall, International Affairs

...a text that will be indispensable for the training of graduate students in IR and in diplomatic history broadly defined. Volker Berghahn, H-Diplo Roundtable

Nicolas Guilhot is senior research associate at the Centre National de la Recherche Scientifique and the author of The Democracy Makers: Human Rights and the Politics of Global Order.