The Life of an Unknown

The Rediscovered World of a Clog Maker in Nineteenth-Century France 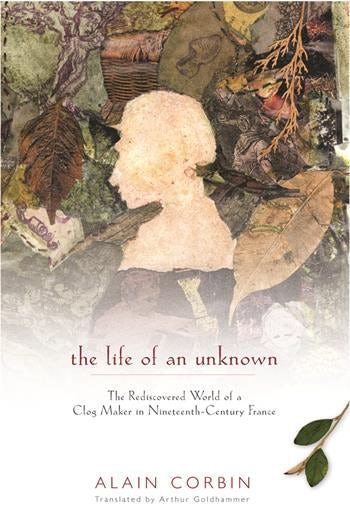 The Life of an Unknown

The Rediscovered World of a Clog Maker in Nineteenth-Century France

"My task is piecing together a puzzle... I hope to reconstitute the existence of a person whose memory has been abolished.... I want to re-create him, to give him a second chance... to become part of the memory of his century."

With these words, Alain Corbin embarks on a journey that is part history and part metaphysics: recreating the life and world of a man about whom nothing is known except for his entries in the civil registries and historical knowledge about the times in which he lived. Risen from death and utter obscurity is Louis-François Pinagot, a forester and clog maker who lived during the heart of the nineteenth century—the age of Romanticism, of Hugo and Berlioz—from the Napoleonic Wars to the Third Republic.

The result is a fascinating picture of the way people lived along the forest's edge during this tumultuous and eventful time in the history of France—and of the world. How did the residents of this unique community live and work together? How did life in the village differ from life in the forest? How did the church and various governments of France affect the everyday lives of these people, and of Pinagot in particular? With The Life of an Unknown, Alain Corbin presents a full record of a life, comprised of supposition, with room for each reader to insert his/her own imaginings onto the scene.

Ambitious in its aims and exquisite in its execution, The Life of an Unknown is nothing short of a bold and successful attempt by a master to correct historians' all-too-common neglect of those relegated to oblivion with the passage of time.

A splendid job...put[s] flesh on the bones of a small society and a corner of France that stand out more clearly thanks to his work. Eugen Weber, American Historical Review

An outstanding example of 'speculative history'from one of France's greatest social and cultural historians.... Masterfully translated by Arthur Goldhammer, this work will be particularly fascinating for all those who are willing to accept its speculative aspects and who appreciate the possibilities of imaginative history written with honesty and grace. Choice

Corbin puts the pieces of this lifetime together in a way that is rich in insight. Theresa M. McBride, The Historian

This work is a product of a renowned historian's quest to study ordinary people instead of elites... Arguing that the current social history of ordinary people is based on the traces left by very unusual people who are wrongly taken to be spokesmen for the rest, Corbin seeks to rectify this by studying someone so obscure, unimportant, and anonymous as to be totally unremembered. Iorweth Prothero, Labour/Le Travail

Prelude: Investigating the Torpor of an Ordinary Existence
1: A Lifespace
2: "The Low Multitudes''
3: Elective Affairs and Kinship Relations
4: The Language of the Illiterate
5: The Clog Makers, the Spinners, and the Glove Makers
6: The Pleasure of `Arrangements''
7: The Past Decomposed
8: Invasions
9: "The Audacity of the Poor''
10: The Parishioner, the Guard, and the Voter
Notes
Index

Alain Corbin is a professor at University of Paris I Panthéon Sorbonne. He is the leading figure among French historians who have concentrated on "ordinary people." Known for his originality and iconoclastic work, Corbin is the author of The Foul and the Fragrant, The Lure of the Sea, and, most recently, Village Bells: The Culture of the Senses in Nineteenth-Century French Countryside. He lives in Paris, France.