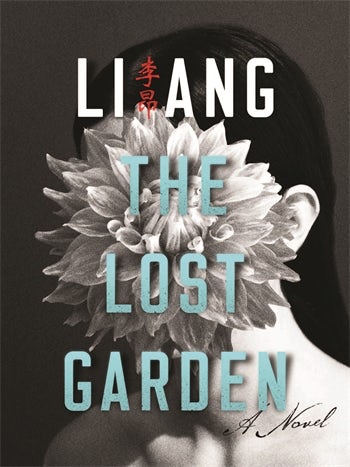 The Lost Garden is an eloquent portrait of the losses incurred as we struggle to hold on to our passions. The novel begins with the family of Zhu Yinghong, whose father, Zhu Zuyan, was imprisoned in the early days of Chiang Kai-shek's rule. Zhu Zuyan spends his days luxuriating in his Lotus Garden, which he builds according to his own desires. Forever under suspicion, he indulges as much as he can in circumscribed pleasures, though they drain the family fortune. Eventually the entire household is sold, including the Lotus Garden. The novel then swings to modern-day Taipei, where Zhu Yinghong falls for Lin Xigeng, a real estate tycoon and playboy. Their cat-and-mouse courtship builds against the extravagant banquets and decadent entertainments of Taipei's wealthy businessmen. Though the two ultimately marry, their high-styled romance dulls over time, leading to a dangerous, desperate quest to reclaim the enchantment of the Lotus Garden.

A beautifully written novel, from a prominent and prolific Taiwanese writer, including multiple themes of love, gender, sex, capitalism, as well as ethnic identity and Taiwan's historical and political memory. This expertly executed translation is long overdue. Yenna Wu, University of California, Riverside

Encoded with an impressive array of tantalizing allegorical meanings, complete with a fantastical re-envisioning of Taiwan's local history and its ancestral ties with China, Li Ang's The Lost Garden has often been read as a political parable. Yet the novel boasts other arresting features as well, among them the author's daring treatment of female sexuality—taken here as the core of the relentless war between the sexes—in the mise en scène of a modish urban romance. Sung-Sheng Yvonne Chang, University of Texas at Austin

This novel's dense sensuality—from its tropical flora to its frenetic lust—weaves time and space into mesmerizing patterns, like the looping paths of the title garden itself. Joseph Allen, author of Taipei: City of Displacements

Stories of an old Chinese garden replanted with native Taiwanese species, a sultry island with a buried past, and liaisons between old money and nouveau riche hint at torrid energies and hidden traps in Taiwan's postwar past. Jeffrey Kinkley, author of Corruption and Realism in Late Socialist China: The Return of the Political Novel

An exploration of contemporary Taiwan through the lens of the past, this novel hits many poignant notes as it threads its way. Kirkus Reviews

The lush, descriptive narrative immerses the reader in the humid garden of the title that sits at the core of the novel, standing for history, desire, and family. World Literature Today

Lin and Goldblatt's translation of The Lost Garden is a significant accomplishment that succeeds in presenting this masterpiece to English readers.... Li's portrayal of post-World War II Taiwan is both sophisticated and penetrating. Tulsa Studies in Women's Literature

Striking in its ambitious reach and political slant.... The Lost Garden is a distinctive contribution to the literature of place, and its translation into English gives welcome access to a country and culture often obscured by its neighbours, China and Japan. Francesca Rhydderch, Times Literary Supplement

What Separates Us from China
Translator's Note
The Lost Garden

Li Ang, the pen name of Shih Shu-tuan, is also the author of the award-winning The Butcher's Wife. A prolific writer and astute social critic, she was honored by the French Ministry of Culture and Communication with its Chevalier de L'Ordre des Arts et des Lettres award, and a modern dance based on her short story was shortlisted for Der Faust Prize.

Howard Goldblatt, a Guggenheim Fellow, is an internationally renowned translator of Chinese fiction, including the novels of Mo Yan, the 2012 winner of the Nobel Prize for Literature.