Big Science and the Atom Bomb 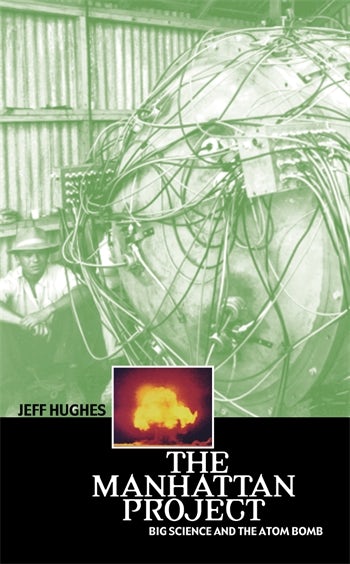 Big Science and the Atom Bomb

Launched in 1942, the Manhattan Project was a well-funded, secret effort by the United States, the United Kingdom, and Canada to develop an atomic bomb before the Nazis. The results—the bombs named "Little Boy" and "Fat Man"—were dropped on Hiroshima and Nagasaki in August of 1945.

A vast state within a state, the Manhattan Project employed 130,000 people and cost the United States and its allies 2 billion dollars, but its contribution to science as a prestigious investment was invaluable. After the bombs were dropped, states began allocating unprecedented funds for scientific research, leading to the establishment of many of twentieth century's major research institutions. Yet the union of science, industry, and the military did not start with the development of the atomic bomb; World War II only deepened the relationship. This absorbing history revisits the interactions among science, the national interest, and public and private funding that was initiated in World War I and flourished in WWII. It then follows the Manhattan Project from inception to dissolution, describing the primary influences that helped execute the world's first successful plan for nuclear research and tracing the lineages of modern national nuclear agencies back to their source.

Hughes develops his thesis in interesting fashion. His essay is free of technical jargon but will be most accessible to readers familiar with the bomb's history and with huge, expansive installations such as CERN or Fermilab. Booklist

Pacy and concise. The Times (London)

List of Illustrations
Acknowledgements
Introduction: Big Science and the Bomb
Long Before the Bomb: The Origins of Big Science
Science, the Military and Industry: The Great War and After
From Fission to Mission: The Origins of the Manhattan Project
Los Alamos: Little Science on a Big Scale?
Thin Man Becomes Fat Man: The Plutonium Implosion Programme
From Trinity to Victory: Making and Using the First Nuclear Weapons
After the Bomb: Big Science and National Security
From Big Science to Megascience: The Age of the Accelerators
The Invention of 'Big Science': Large-Scale Science as Pathological Science
Death in Texas: The End of Megascience?
Conclusions: The Myths of Big Science
Further Reading

Read the introduction, "Big Science and the Bomb":

Jeff Hughes is a senior lecturer in the history of science and technology at the University of Manchester. His research concerns the social history of the physical and chemical sciences in the nineteenth and twentieth centuries and the institutional history of twentieth-century British science.