The New Muslim Brotherhood in the West 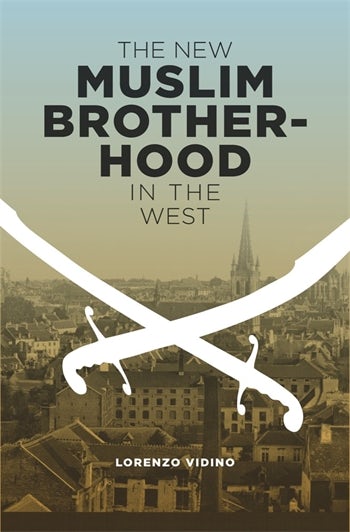 The New Muslim Brotherhood in the West

In Europe and North America, networks tracing their origins back to the Muslim Brotherhood and other Islamist movements have rapidly evolved into multifunctional and richly funded organizations competing to become the major representatives of Western Muslim communities and government interlocutors. Some analysts and policy makers see these organizations as positive forces encouraging integration. Others cast them as modern-day Trojan horses, feigning moderation while radicalizing Western Muslims.

Lorenzo Vidino brokers a third, more informed view. Drawing on more than a decade of research on political Islam in the West, he keenly analyzes a controversial movement that still remains relatively unknown. Conducting in-depth interviews on four continents and sourcing documents in ten languages, Vidino shares the history, methods, attitudes, and goals of the Western Brothers, as well as their phenomenal growth. He then flips the perspective, examining the response to these groups by Western governments, specifically those of Great Britain, Germany, and the United States. Highly informed and thoughtfully presented, Vidino's research sheds light on a critical juncture in Muslim-Western relations.

The New Muslim Brotherhood in the West sheds considerable light on an especially poorly understood phenomenon. Lorenzo Vidino is to be commended for producing a comprehensive overview that is likely to become the standard text on this subject. Bruce Hoffman, Georgetown University, author of Inside Terrorism

Though he remains a sceptic, he provides a wealth of information to let the rest of us make up our minds. Economist

Mr. Vidino's book is essential reading for those concerned about understanding its past past and future activities and directions. Joshua Sinai, Washington Times

...this volume is a key addition to the literature and a must read for students, academics and practitioners who are interested in understanding an organization that has assumed the role of spokesperson for the ever growing Western Muslim community. Lavinia Stan, European Legacy

Lorenzo Vidino is a fellow with the International Security Program's Initiative on Religion in International Affairs at the Belfer Center, Kennedy School of Government, Harvard University. He is also a Peace Scholar at the U.S. Institute of Peace and author of the first book on al Qaeda in Europe, Al Qaeda in Europe: The New Battleground of Global Jihad. Vidino holds a law degree from the University of Milan Law School and a Ph.D. from the Fletcher School of Law and Diplomacy.