The Original Meaning of the Yijing

Commentary on the Scripture of Change

Zhu Xi. Translated and edited by Joseph A. Adler 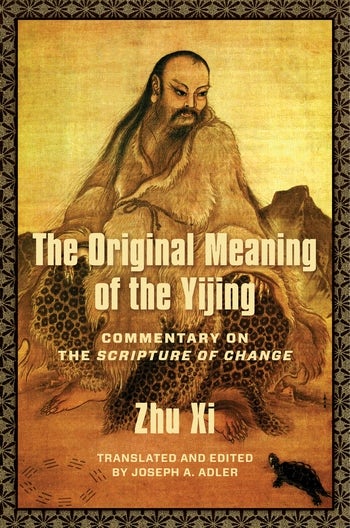 The Original Meaning of the Yijing

Commentary on the Scripture of Change

Zhu Xi. Translated and edited by Joseph A. Adler

The Yijing (I Ching), or Scripture of Change, is traditionally considered the first and most profound of the Chinese classics. Originally a divination manual based on trigrams and hexagrams, by the beginning of the first millennium it had acquired written explanations and a series of appendices attributed to Confucius, which transformed it into a work of wisdom literature as well as divination. Over the centuries, hundreds of commentaries were written on it, but for the past thousand years, one of the most influential has been that of Zhu Xi (1130–1200), who synthesized the major interpretive approaches to the text and integrated it into his system of moral self-cultivation.

Joseph A. Adler’s translation of the Yijing includes for the first time in any Western language Zhu Xi’s commentary in full. Adler explores Zhu Xi’s interpretation of the text and situates it in the context of his overall theoretical system. Zhu Xi held that the Yijing was originally composed for the purpose of divination by the mythic sage Fuxi, who intended to create a system to aid decision making. The text’s meaning, therefore, could not be captured by a single commentator; it would emerge for each person through the process of divination. This translation makes available to the English-language audience a crucial text in the history of Chinese religion and philosophy, with an introduction and translator’s notes that explain its intellectual and historical context.

This is an invaluable contribution to East Asian Confucian studies. Joseph A. Adler has rendered Zhu Xi’s commentary on the Scripture of Changes accessible and engaging. His impeccable scholarship and long devotion to Zhu Xi’s thought shines throughout. This is a masterpiece relevant to our times as we seek mutually enhancing human-Earth relations. Mary Evelyn Tucker, translator and editor of The Philosophy of Qi

Guided by Adler’s sure and experienced hand, English-speaking scholars of the Yijing will now have access to a well-crafted, fully annotated, and authoritative translation of Zhu Xi’s celebrated commentary on the Yijing. Among its many virtues, the translation unflinchingly addresses difficulties with the "fragmentary, cryptic, and exceedingly obscure” parts of the text that many Western translators have chosen to ignore or downplay. This magnificent achievement is indispensable for anyone seeking to understand the evolution of the Yijing. Richard J. Smith, author of Fathoming the Cosmos and Ordering the World: The Yijing (I Ching, or Classic of Changes) and Its Evolution in China

Joseph Adler’s new translation of the Yijing and Zhu Xi’s interlinear commentary deeply enriches our understanding of both texts. Here the two engage in a sort of dialogue across the centuries—with Zhu’s commentary illuminating and giving meaning to the Yijing even as the Yijing gives shape to Zhu’s influential philosophical vision. Daniel K. Gardner, author of Confucianism: A Very Short Introduction

Thanks to Professor Adler's careful and thoughtful rendition, The Original Meaning of the Yijing (Zhouyi benyi) of Zhu Xi is now available to readers who are interested in divination as a tool to come to terms with the complexity of everyday life. Tze-ki Hon, City University of Hong Kong

A welcome addition to the text and history of the Yijing. Peter K. Bol, Harvard University

Zhu Xi (1130–1200), the most influential Chinese philosopher of the past two thousand years, was a crucial figure in the systematization of Neo-Confucian thought.

Joseph A. Adler is professor emeritus of Asian studies and religious studies at Kenyon College. He is the author of Reconstructing the Confucian Dao: Zhu Xi’s Appropriation of Zhou Dunyi (2014) and the translator of Zhu Xi’s Introduction to the Study of the Classic of Change (2002), among other works.