The Political Economy of Housing Financialization 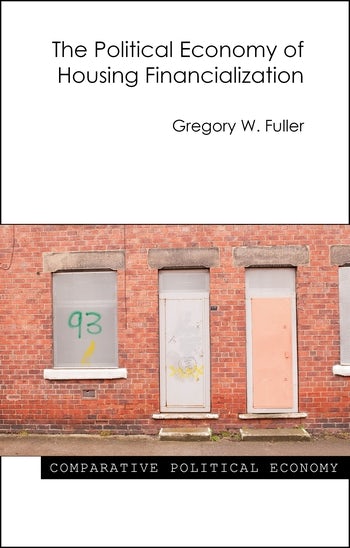 The Political Economy of Housing Financialization

The US subprime mortgage crisis that nearly brought the global financial system to its knees clearly showed that household debt management, particularly of mortgage debt, in the chain of promises to repay borrowed money, is critical for the stability of the national and international macroeconomy.

Greg Fuller explores the growing role of mortgage markets in the macroeconomy and provides a comparative analysis of housing finance and its growth across a number of European national economies, including the UK, and the United States.

He reveals how national housing systems diverge in a number of important ways – some encourage families to treat housing as a tradeable asset while others do not, some encourage renting as opposed to homeownership, and some provide a great deal of social housing while others provide very little. In addition, he shows how households in different countries exhibit very different preferences for saving and that taken together these national differences represent the degree to which a housing system has become both commodified and financialised. Linking the degree of commodification/financialization within housing markets to both inequality and macroeconomic volatility is a central part of his analysis.

The book offers an insightful and timely discussion of the key political-economic consequences of the household mortgage debt expansion of recent years and shines new light on both government and consumer attitudes to saving and borrowing.

Gregory W. Fuller is Assistant Professor of International Political Economy at the University of Groningen, the Netherlands. He is the author of The Great Debt Transformation (2016).