The Politics of Medicaid 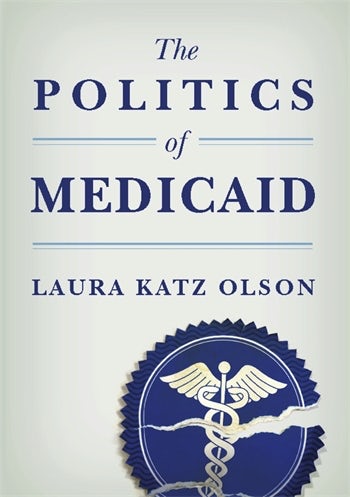 The Politics of Medicaid

In 1965, the United States government enacted legislation to provide low-income individuals with quality health care and related services. Initially viewed as the friendless stepchild of Medicare, Medicaid has grown exponentially since its inception, becoming a formidable force of its own. Funded jointly by the national government and each of the fifty states, the program is now the fourth most expensive item in the federal budget and the second largest category of spending for almost every state. Now, under the new, historic health care reform legislation, Medicaid is scheduled to include sixteen million more people.

Laura Katz Olson, an expert on health, aging, and long-term care policy, unravels the multifaceted and perplexing puzzle of Medicaid with respect to those who invest in and benefit from the program. Assessing the social, political, and economic dynamics that have shaped Medicaid for almost half a century, she helps readers of all backgrounds understand the entrenched and powerful interests woven into the system that have been instrumental in swelling costs and holding elected officials hostage. Addressing such fundamental questions as whether patients receive good care and whether Medicaid meets the needs of the low-income population it is supposed to serve, Olson evaluates the extent to which the program is an appropriate foundation for health care reform.

...given the complexity of Medicaid, Olson's book provides a service in succinctly describing the current state of the program, its shortfalls, and some solutions. Nicole Huberfeld, Concurring Opinions

The Politics of Medicaid provides a service in succinctly describing the state of the program before healthcare reform, its shortfalls, and some solutionsProfessor Olson reminds us, at a key moment, that Medicaid is more than just headline grabbing politics—it is a lifeline for our most impoverished citizens, and one that deserves more careful attention. Nicole Huberfeld, Journal of Legal Medicine

Laura Katz Olson is professor of political science at Lehigh University. Among her seven books are The Political Economy of Aging: The State, Private Power, and Social Welfare; Aging and Public Policy: The Politics of Growing Old in America; Age Through Ethnic Lenses: Caring for the Elderly in a Multicultural Society; and The Not So Golden Years: Caregiving, the Frail Elderly, and the Long-Term Care Establishment. She has published widely in the field of aging, health care, and women's studies and has lectured on Social Security, Medicare, and long-term care policy.