The Politics of Our Selves 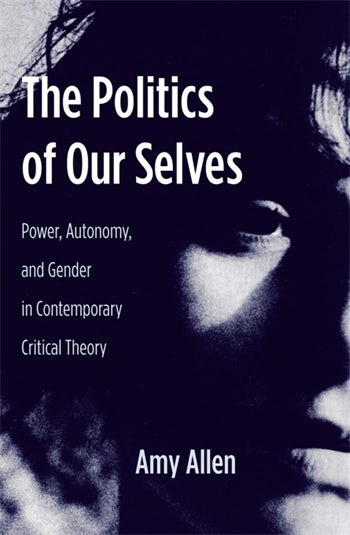 The Politics of Our Selves

Some critical theorists understand the self as constituted by power relations, while others insist upon the self's autonomous capacities for critical reflection and deliberate self-transformation. Up to now, it has all too often been assumed that these two understandings of the self are incompatible. In her bold new book, Amy Allen argues that the capacity for autonomy is rooted in the very power relations that constitute the self.

Allen's theoretical framework illuminates both aspects of what she calls, following Foucault, the "politics of our selves." It analyzes power in all its depth and complexity, including the complicated phenomenon of subjection, without giving up on the ideal of autonomy. Drawing on original and critical readings of a diverse group of theorists, including Michel Foucault, Jurgen Habermas, Judith Butler, and Seyla Benhabib, Allen shows how the self can be both constituted by power and capable of an autonomous self-constitution. Her argument is a significant and vital contribution to feminist theory and to critical social theory, both of which have long grappled with the relationship between power and agency.

If critical theory is to be truly critical, Allen argues, it will have to pay greater attention to the phenomenon of subjection, and will have to think through the challenges that the notion of subjection poses for the critical-theoretical conception of autonomy. In particular, Allen discusses in detail how the normative aspirations of Habermasian critical theory need to be recast in light of Foucault's and Butler's account of subjection. This book is original both in its attempt to think of power and autonomy simultaneously and in its effort to bring the work of Foucault and Habermas into a productive dialogue.

"[A] tour de force.... The Politics of Our Selves forces its reader to think hard, and honestly to think through the implications of the glib stand-off between Foucault and Habermas that stands in for a much more meaningful dialogue that we rarely get to have. Cressida Heyes, Philosophy and Social Criticism

A remarkably comprehensive and very impressive treatment of many of the most vexing issues in contemporary critical theory. Moira Gatens, European Journal of Philosophy

1. Introduction: The Politics of Our Selves
2. Foucault, Subjectivity, and the Enlightenment: A Critical Reappraisal
3. The Impurity of Practical Reason: Power and Autonomy in Foucault
4. Dependency, Subordination, and Recognition: Butler on Subjection
5. Empowering the Lifeworld? Autonomy and Power in Habermas
6. Contextualizing Critical Theory
7. Engendering Critical Theory
Notes
Bibliography
Index

Read the introduction to The Politics of Our Selves:

Amy Allen (PhD, Philosophy, Northwestern) is Liberal Arts Professor of Philosophy and Women's, Gender, and Sexuality Studies and head of the Philosophy Department at the Pennsylvania State University. Her publications include The End of Progress: Decolonizing the Normative Foundations of Critical Theory (Columbia, 2016) and The Politics of Our Selves: Power, Autonomy, and Gender in Contemporary Critical Theory (Columbia, 2007). She is also the editor of the Columbia series New Directions in Critical Theory. She specializes in critical social theory, feminist theory, and 20th-century continental philosophy.