The Power of the Internet in China 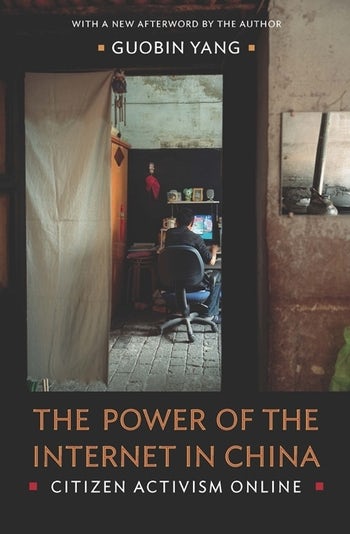 The Power of the Internet in China

Since the mid-1990s, the Internet has revolutionized popular expression in China, enabling users to organize, protest, and influence public opinion in unprecedented ways. Guobin Yang's pioneering study maps an innovative range of contentious forms and practices linked to Chinese cyberspace, delineating a nuanced and dynamic image of the Chinese Internet as an arena for creativity, community, conflict, and control. Like many other contemporary protest forms in China and the world, Yang argues, Chinese online activism derives its methods and vitality from multiple and intersecting forces, and state efforts to constrain it have only led to more creative acts of subversion. Transnationalism and the tradition of protest in China's incipient civil society provide cultural and social resources to online activism. Even Internet businesses have encouraged contentious activities, generating an unusual synergy between commerce and activism. Yang's book weaves these strands together to create a vivid story of immense social change, indicating a new era of informational politics.

A boundary-breaking book.... A snap review of some of the hottest issues in front of the Chinese public today. Daniel Little, Understanding Society

This work represents a major advancement in scholarly research... unquestionably, it should be on reading lists for courses related to social and political development in China... it is highly recommended to all. Jonathan Sullivan, The China Quarterly

Of interest to sociologists and students of mass communications... Recommended. Choice

Essential reading for all those seeking a more nuanced account of the power of the internet in China than that provided by international media and human rights organizations. Colin Hawes, The China Journal

Yang develops a lens that centers on concrete issues and situations that are both empirical-practical and conceptual-theoretical. Peter Marolt, International Journal of Communication

The Power of the Internet in China by Yang Guobin is destined to be classic and obligatory reading for anyone interested in understanding the role of the internet in people's struggle for freedom, justice, and democracy in China. Lokman Tsui, China Information

The Power of the Internet in China offers us not only a rich study of Chineseonline activism but also raises significant questions about China's civil society. Ming-Cheng Miriam Lo, Contemporary Sociology

Guobin Yang is an associate professor in the Department of Asian and Middle Eastern Cultures at Barnard College, Columbia University. He is coeditor, with Ching Kwan Lee, of Re-envisioning the Chinese Revolution: The Politics and Poetics of Collective Memories in Reform China.