The Profits of Nature

Colonial Development and the Quest for Resources in Nineteenth-Century China 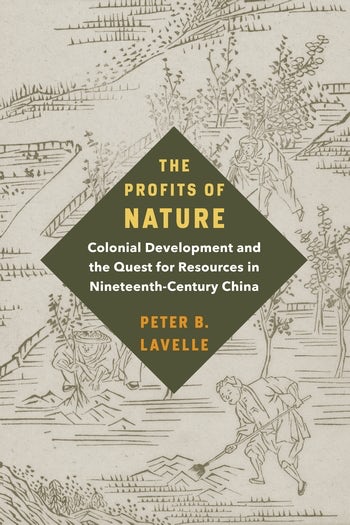 The Profits of Nature

Colonial Development and the Quest for Resources in Nineteenth-Century China

In the nineteenth century, the Qing empire experienced a period of profound turmoil caused by an unprecedented conjunction of natural disasters, domestic rebellions, and foreign incursions. The imperial government responded to these calamities by introducing an array of new policies and institutions to bolster its power across its massive territories. In the process, Qing officials launched campaigns for natural resource development, seeking to take advantage of the unexploited lands, waters, and minerals of the empire’s vast hinterlands and borderlands.

In this book, Peter B. Lavelle uses the life and career of Chinese statesman Zuo Zongtang (1812–1885) as a lens to explore the environmental history of this era. Although known for his pacification campaigns against rebel movements, Zuo was at the forefront of the nineteenth-century quest for natural resources. Influenced by his knowledge of nature, geography, and technology, he created government bureaus and oversaw state-funded projects to improve agriculture, sericulture, and other industries in territories across the empire. His work forged new patterns of colonial development in the Qing empire’s northwest borderlands, including Xinjiang, at a time when other empires were scrambling to secure access to resources around the globe. Weaving a narrative across the span of Zuo’s lifetime, The Profits of Nature offers a unique approach to understanding the dynamic relationship among social crises, colonialism, and the natural world during a critical juncture in Chinese history, between the high tide of imperial power in the eighteenth century and the challenges of modern state-building in the twentieth century.

In China's impoverished northwest, farmers eked out a living on exhausted soils afflicted by drought and famine. Yet it was here, in this unlikely place, that the powerful Qing official Zuo Zongtang launched his most ambitious schemes to make China prosper. Lavelle makes a dramatic story out of Zuo's dedication to economic development. Deeply grounded in ecological and global perspectives, Lavelle's study gives us a compelling explanation of how Chinese officials have pursued wealth and power over the past 150 years. Peter C. Perdue, author of China Marches West: The Qing Conquest of Central Eurasia

Lavelle's extensively researched and skillfully crafted study is notable for its mastery of a wide range of late Qing sources and its ability to combine environmental, economic, political, and intellectual dimensions of China's tumultuous nineteenth-century history into a coherent and compelling narrative. The book also extends the implications of its argument beyond China by situating the subject matter within a broader global dynamic of colonial development. Micah Muscolino, author of The Ecology of War in China: Henan Province, the Yellow River, and Beyond, 1938–1950

Profits of Nature is an outstanding work that sheds new light on nineteenth century Chinese efforts to manage both manmade and natural disasters through the adoption of new technologies in agriculture, forestry, and industry, in the process transforming the heartland and borderlands of the empire. Lavelle’s groundbreaking book is a welcome contribution for Qing historians, historians of science and technology, and environmental studies. Shellen X. Wu, author of Empires of Coal: Fueling China's Entry Into the Modern World Order

Peter B. Lavelle is assistant professor of history at Temple University.