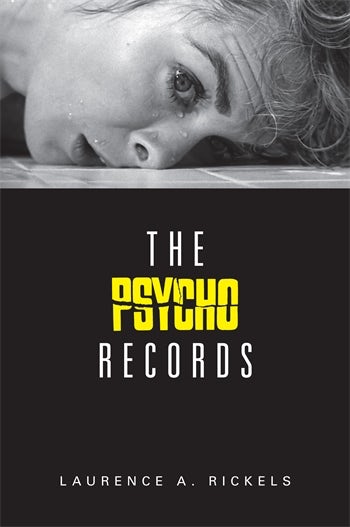 ?The Psycho Records follows the influence of the primal shower scene within subsequent slasher and splatter films. American soldiers returning from World War II were called "psychos" if they exhibited mental illness. Robert Bloch and Alfred Hitchcock turned the term into a catch-all phrase for a range of psychotic and psychopathic symptoms or dispositions. They transferred a war disorder to the American heartland. Drawing on his experience with German film, Hitchcock packed inside his shower stall the essence of schauer, the German cognate meaning "horror." Later serial horror film production has post-traumatically flashed back to Hitchcock's shower scene. In the end, though, this book argues the effect is therapeutically finite. This extensive case study summons the genealogical readings of philosopher and psychoanalyst Laurence Rickels. The book opens not with another reading of Hitchcock's 1960 film but with an evaluation of various updates to vampirism over the years. It concludes with a close look at the rise of demonic and infernal tendencies in horror movies since the 1990s and the problem of the psycho as our most uncanny double in close quarters.

The most interesting, challenging, and eclectic psychoanalytic theorist of our time... there is no writer who works the seams between academic and B-culture with Rickels' intelligence and connoisseurship. Sensitive Skin