The Red Guard Generation and Political Activism in China 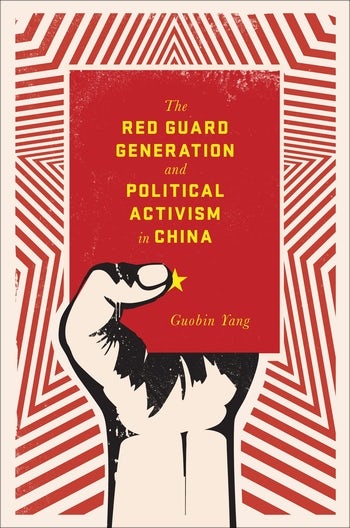 The Red Guard Generation and Political Activism in China

Raised to be "flowers of the nation," the first generation born after the founding of the People's Republic of China was united in its political outlook and at first embraced the Cultural Revolution of 1966, but then split into warring factions. Investigating the causes of this fracture, Guobin Yang argues that Chinese youth engaged in an imaginary revolution from 1966 to 1968, enacting a political mythology that encouraged violence as a way to prove one's revolutionary credentials. This same competitive dynamic would later turn the Red Guard against the communist government.

Throughout the 1970s, the majority of Red Guard youth were sent to work in rural villages, where they developed an appreciation for the values of ordinary life. From this experience, an underground cultural movement was born. Rejecting idolatry, these relocated revolutionaries developed a new form of resistance that signaled a new era of enlightenment, culminating in the Democracy Wall movement of the late 1970s and the Tiananmen protest of 1989. Yang's final chapter on the politics of history and memory argues that contemporary memories of the Cultural Revolution are factionalized along these lines of political division, formed fifty years before.

Teenage Red Guards were among the most visible actors in China's Great Proletarian Cultural Revolution. Moved by radical visions of a new beginning for China, they denounced their elders, left home to carry their revolution to the countryside, and engaged in violent factional battles in cities. Experiencing both a youthful freedom and a sense of mass belonging, they were intensely idealistic and endlessly contentious. Sometimes manipulated but never tightly organized from above, they were creative as well as destructive, and they were transformed by the experience. Becoming poets, political activists, and entrepreneurs, members of the Red Guard generation have shaped politics and culture in China for fifty years. In this beautifully written book, Guobin Yang draws on wide-ranging sources and twenty years of research to analyze the Red Guard movement and to bring new insights and deeper understanding to the lives and enduring influence of the Red Guard generation. It is a superb study and important for understanding China today as well as its past. Craig Calhoun, director and president, London School of Economics and Political Science

Guobin Yang's illuminating study establishes the lasting impact of China's feisty Red Guard generation on contemporary Chinese politics. This absorbing book has much to offer students of modern China, as well as those interested in more general questions of political culture, popular protest, and the complicated memories and meanings of a living revolutionary tradition. A major contribution to our understanding of the Cultural Revolution and its multiple legacies. Elizabeth J. Perry, Harvard-Yenching Institute

The Chinese government wants citizens to forget the chaotic, destructive Cultural Revolution of the 1960s. But those who lived through it were marked forever by the revolutionary fervor they experienced, the violence they inflicted on each other, and the shock they felt when Mao reversed course and 'sent them down' to live with the poverty-stricken peasants. Some became dissidents; most picked up their lives again after Mao died. Even today they continue to deal with disillusionment and a sense of loss. Guobin Yang provides a sensitive, sweeping, and beautifully written analysis of the Red Guard generation's lived experiences and their struggles to understand what happened to them. Andrew J. Nathan, Columbia University

Guobin Yang's much anticipated book skillfully traces the subjective experiences of the Red Guard generation from the violent factional struggles of the 1960s to the enforced period of intellectual reflection as 'sent-down youth' in remote rural regions, and their emergence, transformed, as critical dissenters and pro-democracy activists in the early post-Mao era. Memories of this historical experience, Yang shows, remain an actively contested component of China's political culture to the present day. Andrew Walder, Stanford University

A vivid account of the genesis of the political activism of the Red Guards and their life courses.... Timely for understanding the present situation and future scenarios of Chinese politics. Yang Zhang, Mobilizing Ideas

Yang does an excellent job of providing a new context for Red Guard activism.... [The Red Guard Generation and Political Activism in China] gives us another lens with which to look at how the Cultural Revolution and the damage it caused continue to reverberate through Chinese society and politics today. Cameron Dueck, South China Morning Post

A nuanced portrait of the Red Guard generation. [Yang's] own depth of understanding enables him to show that Red Guards were not all storm troopers or crazed youth. They were constantly subjected to propaganda, but also had the capacity to learn, to grow, and to change.... In reminding us of this, Yang has done a great service during the fiftieth anniversary of the start of the Cultural Revolution in May 1966. Ian Johnson, The New York Review of Books

Guobin Yang is associate professor of communication and sociology at the University of Pennsylvania and the author of the award-winning The Power of the Internet in China: Citizen Activism Online.