The Sea Can Wash Away All Evils 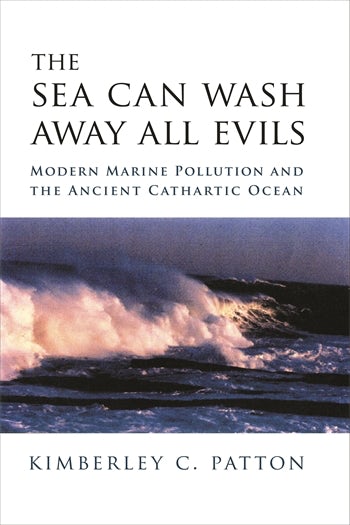 The Sea Can Wash Away All Evils

Kimberley Patton examines the environmental crises facing the world's oceans from the perspective of religious history. Much as the ancient Greeks believed, and Euripides wrote, that "the sea can wash away all evils," a wide range of cultures have sacralized the sea, trusting in its power to wash away what is dangerous, dirty, and morally contaminating. The sea makes life on land possible by keeping it "pure."

Patton sets out to learn whether the treatment of the world's oceans by industrialized nations arises from the same faith in their infinite and regenerative qualities. Indeed, the sea's natural characteristics, such as its vast size and depth, chronic motion and chaos, seeming biotic inexhaustibility, and unique composition of powerful purifiers-salt and water-support a view of the sea as a "no place" capable of swallowing limitless amounts of waste. And despite evidence to the contrary, the idea that the oceans could be harmed by wasteful and reckless practices has been slow to take hold.

Patton believes that environmental scientists and ecological advocates ignore this relationship at great cost. She bases her argument on three influential stories: Euripides' tragedy Iphigenia in Tauris; an Inuit myth about the wild and angry sea spirit Sedna who lives on the ocean floor with hair dirtied by human transgression; and a disturbing medieval Hindu tale of a lethal underwater mare. She also studies narratives in which the sea spits back its contents-sins, corpses, evidence of guilt long sequestered-suggesting that there are limits to the ocean's vast, salty heart.

In these stories, the sea is either an agent of destruction or a giver of life, yet it is also treated as a passive receptacle. Combining a history of this ambivalence toward the world's oceans with a serious scientific analysis of modern marine pollution, Patton writes a compelling, cross-disciplinary study that couldn't be more urgent or timely.
Preface
Acknowledgments
1. The Dutch Bread-Man: Ocean as Divinity and Scapegoat
2. The Crisis of Modern Marine Pollution
3. The Purifying Sea in the Religious Imagination: Supernatural Aspects of Natural Elements
4. "The Sea Can Wash Away All Evils": Ancient Greece and the Cathartic Sea
5. "The Great Woman Down There": Sedna and Ritual Pollution in Inuit Seascapes
6. "O Ocean, I Ask You To Be Merciful": The Hindu Submarine Mare-Fire
7. "Here End the Works of the Sea, the Works of Love"
Notes
Bibliography
Index

Kimberley C. Patton (PhD, Religion, Harvard) is Professor of the Comparative and Historical Study of Religion at Harvard Divinity School. She is the author of Religion of the Gods: Ritual, Paradox, and Reflexivity (Oxford, 2009), which and won the 2010 American Academy of Religion Book Award for Excellence in Religious Studies in the Analytical-Descriptive category, and The Sea Can Wash Away All Evils: Modern Marine Pollution and the Ancient Cathartic Ocean (Columbia, 2006) and the editor of (with Benjamin Ray) A Magic Still Dwells: Comparative Religion in the Postmodern Age (California, 2000), (with John Stratton Hawley) Holy Tears: Weeping in the Religious Imagination (Princeton, 2005), and (with Paul Waldau) A Communion of Subjects: Animals in Religion, Science, and Ethics (Columbia, 2006).