The Social Work of Narrative

Human Rights and the Cultural Imaginary 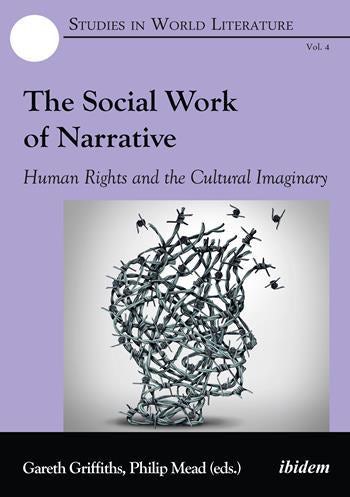 The Social Work of Narrative

Human Rights and the Cultural Imaginary

This book addresses the ways in which a range of representational forms have influenced and helped implement the project of human rights across the world, and seeks to show how public discourses on law and politics grow out of and are influenced by the imaginative representations of human rights. It draws on a multi-disciplinary approach, using historical, literary, anthropological, visual arts, and media studies methods and readings, and covers a wider range of geographic areas than has previously been attempted. A series of specifically-commissioned essays by leading scholars in the field and by emerging young academics show how a multidisciplinary approach can illuminate this central concern.

If postcolonial thought has a singular lesson to teach, it is this: We have never been “enlightened” although we repeatedly aspire to it. The dialectical force that binds civility and barbarism is at the very heart of the ceaseless labor to strive for human rights in the fight against human wrongs. These fine essays, curated with considerable skill, are marked by the imaginative struggle to mobilize cultural ethics and aesthetics in the service of the freedom of thought, speech, and action. Homi K. Bhabha

This finger-on-the-pulse collection dramatically expands debates on human rights, law, and literature. Recognizing the paradox of human rights as universal but exclusionary, these elegant essays cover an impressive range of media genres, showing how narrative form shapes claims-for-rights, not the other way around. Addressing pressing issues like new technologies of war, indigenous struggles, the refugee crisis, and much more, this interdisciplinary volume needs to be on the bookshelf of anyone interested in human rights. Isabel Hofmeyr, Global Distinguished Professor, NYU, professor of African literature, University of the Witwatersrand

Gareth Griffiths is emeritus professor of English and cultural studies at the University of Western Australia and a professorial fellow at the University of Wollongong. His many books include A Double Exile, African and West Indian Literatures in English (1978) and African Literatures in English-East and West (2000). He is coauthor of The Empire Writes Back (1989) and Indigenous Evangelists and Questions of Authority in the British Empire 1750-1940 (2015) and coeditor of The Post-Colonial Studies Reader (1995); Key Concepts in Post-Colonial Studies (1998); Mixed Messages: Materality, Textuality (2005); and Disputed Territories: Land, Culture and Identity in Settler Societies (2003).

Philip Mead is chair of Australian literature at the University of Western Australia and was visiting professor of Australian studies at Harvard University in 2015-16. His books include Networked Language: Culture and History in Australian Poetry (2010), An Introduction to the Literature of Tasmania (2016), and, with Gordon McMullan, Antipodal Shakespeare: Remembering and Forgetting in Britain, Australia and New Zealand, 1916-2016 (2016).